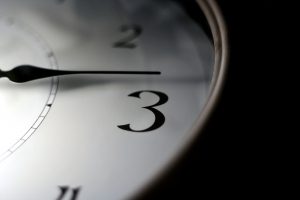 Our firm recently received a phone call from a highly distraught gentleman claiming that his Florida workers’ compensation case was closed as a result of running afoul of the system’s statute of limitations. After a lengthy question and answer session, I concluded that his only possible avenue of recourse was a malpractice case against his workers’ compensation lawyer. This is not the answer he wanted to hear.

Florida’s workers’ compensation statute of limitations is codified in Florida Statute 440.19. Subsection (1) describes the SOL as being “within 2 years after the date on which the employee knew or should have known that the injury or death arose out of work performed in the course and scope of employment.” Subsection (2) sets forth a mechanism for extending this period, worded as follows:

Payment of any indemnity benefit or the furnishing of remedial treatment, care, or attendance pursuant to either a notice of injury or a petition for benefits shall toll the limitations period set forth above for 1 year from the date of such payment.

The gentleman with whom I spoke had a serious accident in 2008 when falling through a glass window. He has undergone four surgeries and has a fifth scheduled to remove glass from his leg. (The fifth surgery is scheduled with a Medicare doctor.) He was recently told by his workers’ compensation lawyer that his workers’ compensation case is closed because none of the subsection (2) factors set forth above were met.

It became apparent from our discussion that the lawyer was correct. However, it also became apparent that the fault for this, at least in part, might lie with the lawyer. While insurance carriers can sometimes account for the inadvertent failure of a claimant to take actions necessary to keep within the SOL, which would give the claimant another chance, I saw none of that in this case. (See these blogs for examples of carrier responsibility: Jeffrey P. Gale, P.A. // Neglecting Duty Prevents Application of Workers’ Compensation Statute of Limitations; Jeffrey P. Gale, P.A. // Navigating Florida’s Tricky Workers’ Compensation Statute of Limitations (SOL); Jeffrey P. Gale, P.A. // Florida Workers’ Compensation Law — Estoppel as a Response to Trickery and Neglect.)

What happened in this case is that the injured worker had gone more than 17 months without seeing a workers’ compensation doctor. In the past, the lawyer made sure the claimant went to the workers’ compensation doctor at least once a year to toll the SOL. The lawyer would make the appointment and advise his client by phone. That didn’t happen this time. When this was brought to the lawyer’s attention, he responded, ‘it’s not my job to make sure you get to the doctor.’ The lawyer might be right. Then, again, he may be wrong.

While there is no law explicitly obligating a claimant’s attorney to be the toll keeper, once that pattern of conduct is established the lawyer may be obligated to continue in that role unless the claimant is informed otherwise. At the very least, the lawyer should have informed the claimant well in advance of the end of the one year period that he was no longer going to make and notify him of appointments.

Working against claimant’s prospects of success in a malpractice claim against the lawyer on this theory is that he knew the significance of not letting more than one year go by without seeing an authorized workers’ compensation doctor. His answer to my question as to why he didn’t pick up the phone before the expiration of the SOL to make plans to see the doctor, was that he expected a call from the lawyer, was distracted by the loss of his wife to leukemia, and was battling his own unrelated medical conditions. While this explanation might allow him to proceed with a civil case against the lawyer, it will not be enough get relief against the carrier in the workers’ compensation forum.

The lesson of this blog is that the workers’ compensation system is a land mine for claimants and their lawyers. Careful attention must be paid to all important time periods, especially the SOL. Like in the example case, a slip up can be extremely costly.