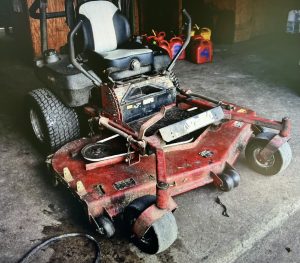 What began as a product liability investigation, ended in a $2,000,000 personal injury settlement against the owner of an altered riding lawnmower (pictured).

Our client lost his right leg when run over by the lawnmower he was operating for his employer. Initially thinking that the mower was owned by the employer, which would give the employer workers’ compensation immunity, we set our sights on a product liability case as the only way to secure a civil remedy for our client.

We quickly discovered that any products liability case was barred by Florida’s Statute of Repose. We also learned that our accident was caused by a post-manufacture alteration to a safety feature.

END_OF_DOCUMENT_TOKEN_TO_BE_REPLACED 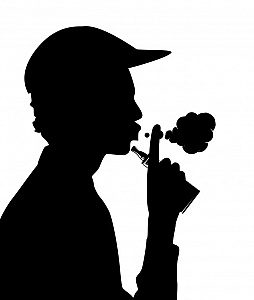 First, harsh reality: Like traditional cigarettes, JUUL contains nicotine. Nicotine causes addiction by stimulating the release of neurotransmitter chemicals such as dopamine and serotonin which activate pleasure hormones in the brain. The addictive cycle results from the compulsion of users to chase the pleasure high. Combined with a smooth vapor, accomplished through an infusion of pH-softening benzoic acid, and a false understanding of the product’s toxicity, JUUL consumers frequently eclipse cigarette smokers in nicotine consumption. (One JUUL “pod,” the nicotine cartridge inserted into a smoking device and heated, delivers around 200 puffs, about as much nicotine as 35 cigarettes, more than a pack-and-a-half.) Vaping is linked to:

END_OF_DOCUMENT_TOKEN_TO_BE_REPLACED

It seems that not a television or radio ad segment goes by today without the marvels of testosterone therapy being touted as the fountain of youth. Be especially cautious because buying the claims can be hazardous to your health! Not only that, but the benefit claims are in doubt.

While prescription testosterone therapy has been approved by the FDA for the treatment of men for a recognized medical condition known as hypogonadism, the ad campaigns run by the makers of testosterone products Androgel and Axiron cleverly promote testosterone usage as the fountain of youth for those who merely have low testosterone levels due to the natural aging process. Low testosterone levels due to the natural aging process is a different condition than hypogonadism, which is a “clinical syndrome that results from the failure of the testis to produce physiological levels of testosterone (androgen deficiency) and a normal number of spermatozoa due to a disruption of one or more levels of the hypothalamic-pituitary-testicular axis.”

Why should this matter? Because testosterone usage has been associated with many harmful side effects, including:

Lawsuits are starting to be brought against manufacturers for those who have suffered injuries as the result of testosterone usage, with the chief allegation against them being that the dangers were known but suppressed for economic gain.
END_OF_DOCUMENT_TOKEN_TO_BE_REPLACED

Tylenol can cause liver failure! It accounts for 40% of liver failure hospitalizations, Recommendations for FDA Interventions to Decrease the Occurrence of Acetaminophen Hepatotoxicitymore, more than “100,000 calls to Poison Control Centers, 56,000 emergency room visits, 2,600 hospitalizations and nearly 500 deaths” in this country annually. William M. Lee, Acetaminophen Toxicity: Changing Perceptions on a Social/Medical Issue, 46(4) Hepatology 966, 966 (2007).

While the brand name Tylenol has been used in the United States since 1955, id., it was not until the late 1990s that independent research established the link between acetaminophen, the active ingredient in Tylenol, and acute liver failure.
END_OF_DOCUMENT_TOKEN_TO_BE_REPLACED

A statute of limitation is an enactment in a common law legal system which sets forth the maximum time after an event that legal proceedings based on that event may be initiated. Most people are familiar with the concept.

Less known, but equally potent as a time bar to bringing claims, is the statute of repose. It is sometimes called a non claim statute.

A products liability case is a legal action for injuries founded on the defective design, manufacture, distribution, or sale of personal property. Examples of the types of products sometimes found to be defective are tires, motor vehicles, drugs, and surgical hardware.

A lawsuit for injuries caused by a defective product must be filed in Florida within four years of the event or within four years of when it is known or should have reasonably been known that the product is to blame. Florida Statute 95.11(3)(e). When death results from a defective product, Florida’s Wrongful Death Act imposes a two year time limit on bringing a claim.
END_OF_DOCUMENT_TOKEN_TO_BE_REPLACED

Effective civil trial lawyers punish individuals, corporations, and governments for irresponsible behavior. One of the biggest culprits has been the auto industry. Thanks to large jury verdicts, the industry has been forced to knuckle under to the public’s demand for safer vehicles. However, safety issues remain.

These are well-known safety issues. To its credit, the auto industry has made some improvements in these areas. However, more can always be done. When the industry falls short, lawsuits will be brought to exact accountability. Safety should never take a back seat to luxury. Profits should never be more important than people.

One area where the industry continues to fall woefully short is in its attention to submerged vehicle deaths. While safety improvements have been made regarding safety belts, rollover accidents, tires, and air bags, little has been done to increase the likelihood of surviving a crash into water.

In fact, because of the near universal use of electric windows and the increased use of window glazing in side windows, similar to what is used in front windshields, the danger of drowning in a submerged vehicle has increased since the 1970s.

The safest way to exit a submerged vehicle is through a side window. Unfortunately, except for some off-road vehicles, like Jeeps and Hummers, that are equipped with built-in protections for water-fording, such as a sealed central venting system to protect drivetrain components from moisture, the electrical systems in today’s vehicles quickly malfunction when exposed to water, preventing the side windows from opening.
END_OF_DOCUMENT_TOKEN_TO_BE_REPLACED Famed products liability expert and author (Foreseeable Risk) Tom Taormina was interviewed on April 12, 2012 on WLRN public radio by Topical Currents host Joseph Cooper. The conversation centered on the dangers of everyday household electrical appliances such as toasters and microwaves, but his account of an artificial lighted Christmas tree that caused the death of four people is eye opening.

The 15 minute interview (listen here) will be enlightening to people who question the importance of having a vigorous civil justice system to punish manufacturers who produce dangerous products. According to Mr. Taormina, some manufacturers allow a dangerously high failure rate and the resulting lawsuits as the cost of doing business, rather than make their products safer at a greater cost.
END_OF_DOCUMENT_TOKEN_TO_BE_REPLACED

With all of the talk in the country about right-wing legislation mandating transvaginal ultrasounds for woman seeking abortions, another transvaginal issue is coming to light as placing woman at risk of injury and death.

In recent years,Johnson & Johnson, C.R. Bard, Caldera and numerous other manufacturers have encouraged doctors to use the placement of surgical mesh through the vagina to treat pelvic organ prolapse (POP) and stress urinary incontinence (SUI). Unfortunately, the mesh, once considered an advancement in medical care, appears to be fraught with problems.
END_OF_DOCUMENT_TOKEN_TO_BE_REPLACED

Inflating airbags can cause serious harm or death. The damage occurs when the passenger’s head is struck by the airbag, which can travel at speeds up to 200 mph, before it has fully inflated.

A vehicle’s “occupant protection system” (OPS) consists of airbags, belt/shoulder restraints, and seat tracks. If the system is designed properly, occupants should not be harmed by deploying airbags. Instead of the head being struck by the airbag during deployment, the head should be cushioned by the fully deployed airbag. Two entirely different dynamics… and often the difference between life and death.

When a vehicle strikes an object, the human body continues to move forward at the pre-crash speed of the vehicle until it is restrained by a seatbelt/shoulder harness or comes into contact with the airbag, windshield, or instrument panel. The one factor common to all persons severely injured or killed by an airbag is that they are very close to the airbag at the time of deployment. A properly designed system prevents this from happening.

Seat tracking determines how far forward seats are able to be situated. If located too close to the airbag, the inflating airbag will impact the head before it has fully deployed. The solution to this problem is for manufacturers to limit how far forward seats can move on the track. When designing this aspect of the OPS, manufacturers must assume that the occupants will have their seats fully forward.

The other consideration to prevent occupants from being too close to airbags during deployment, is the seatbelt/shoulder harness system. Shoulder harness pre-tensioning should limit the body from moving forward into the deployment zone.
END_OF_DOCUMENT_TOKEN_TO_BE_REPLACED

Beware!!! These small, coin-sized batteries found in many home appliances and childrens’ toys can be hazardous and deadly. If swallowed, the consequences can be immediate and devastating.

Occassionally, a swallowed battery will pass through the intestine. More often, the batteries become lodged in the throat or intestine and can release hydroxide, resulting in chemical burns.

Incidents most often occur in children younger than four years old. Parents often are unaware that a child has swallowed the button battery, making diagnosis difficult. Symptoms include an upset stomach and fever. Sometimes there are no symptoms at all.