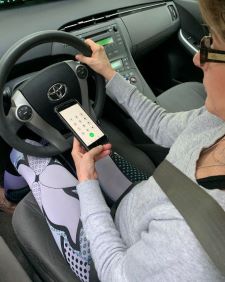 Punitive damages under Florida law can increase the amount of money awarded against a defendant by a factor far in excess of the amount awarded by the jury for compensatory damages. See, Florida Statute 768.73. Punitive damages are awarded “as punishment to the wrongdoer, for the purpose of deterring him and others committing similar violations of the law from such wrongdoing in the future. Therefore exemplary damages are, as it has been said, allowed by the law, not as a matter of compensation to the injured party, but because of the quality of the wrong done by the tortfeasor, from which the injured party suffers.” Florida East Coast Railway v. McRoberts, 111 Fla. 278, 149 So. 631, 632 (1933).

With its roots in early common law, the doctrine has since, to some extent, been codified in sections 768.72-768.737 of the Florida Statutes. However, reference to case law remains important to understand procedure and parameters.

The plaintiff must overcome high hurdles before being allowed to make a claim for punitive damages. A showing based on record or proffered evidence of intentional conduct or gross negligence is required. The burden is even greater when seeking to impose punitive damages on an employer, principal, corporation, or other legal entity. See s. 768.72, Florida Statutes.

In Sapp v. Olivares, 45 Fla. L. Weekly D77 (Fla. 4th DCA Jan. 8, 2020), a claim for punitive damages was allowed to proceed against both Publix and its driver, who ran a red light and killed the decedent while operating a hands-free cellphone. The record evidence* included:

*The published opinion does not recite the record evidence. It can be gleaned from the 4th DCA docket.

Interestingly, s. 768.736 makes it easier to obtain punitive damages against “any defendant who, at the time of the act or omission for which punitive damages are sought, was under the influence of any alcoholic beverage or drug to the extent that the defendant’s normal faculties were impaired, or who had a blood or breath alcohol level of 0.08 percent or higher.” Will cellphone usage one day have a similar exception carved out for it in the law?