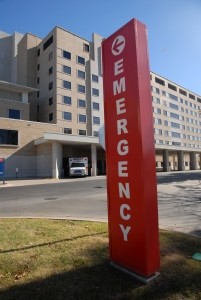 The life of a personal injury lawyer is precarious. Serious pitfalls lurk around every corner. One of the scariest dangers is the unknown medical lien. Of this breed, the Medicare lien can have the biggest bite.

In 1965, Congress enacted the Medicare Act by adding Title XVIII to the Social Security Act, with the purpose of establishing a “federally funded health insurance program for the elderly and the disabled.” Thomas Jefferson Univ. v. Shalala, 512 U.S. 504, 506 (1993). It is taxpayer funded.

At the time of its inception, Medicare served as the primary payer of all its beneficiaries’ medical costs, including those associated with personal injury and workers’ compensation cases. In 1980, to limit the burden on taxpayers, Congress added the Medicare Secondary Payer provisions (“MSP”) to the Medicare Act. These provisions, codified at 42 U.S.C. § 1395y, made Medicare the “secondary payer” to other sources of coverage. The MSP provisions provide that Medicare cannot pay medical expenses when “payment has been made or can reasonably be expected to be made under a workman’s compensation law or plan of the United States or a State or under an automobile or liability insurance policy or plan (including a self-insured plan) or no fault insurance.” 42 U.S.C. § 1395y(b)(2)(A)(ii). If a primary plan “has not made or cannot reasonably be expected to make payment,” the Secretary is authorized to make a conditional payment. 42 U.S.C. § 1395y(b)(2)(B)(i). However, since Medicare remains the secondary payer, the primary plan must then reimburse Medicare for all conditional payments. 42 U.S.C. § 1395y(b)(2)(B)(ii).

In the typical personal injury case, payments from the at-fault party are delayed while elements of the case, usually liability (fault) and damages (e.g., lost wages, pain & suffering, medical expenses), are established. In the meantime, injuries must be treated and medical providers expect to be paid for providing services. Even where PIP insurance is available, in motor vehicle accidents, the coverage limit ($10,000 less deductible) often is not enough to cover full care for serious injuries. Medicare understands this predicament and is willing to cover the front-end medical expenses. However, where there is a recovery from the at-fault party or its liability insurance company, Federal law provides that Medicare must be repaid from the proceeds. This is the Medicare lien.

Personal injury lawyers are responsible for protecting Medicare’s lien. They must know how much is owed, advise the client, and withhold that amount from settlement or judgment proceeds. Unfortunately, it is not always possible to  know how much Medicare is owed, if anything, by the time the case settlement proceeds are ready to be distributed.

This is what happened in Humana Medical Plan, Inc. v. Western Heritage Insurance Company, Case No. 12-20123-COOKE/TORRES, United States District Court, S.D. Florida (March 16, 2015).* Mary Reale, a Medicare beneficiary and enrollee, incurred medical expenses totaling $74,636.17 for injuries sustained in a slip-and-fall accident. She subsequently settled a lawsuit with the at-fault landowner’s insurance company, Western Heritage Insurance Company. In that settlement agreement, Mrs. Reale attested that she had no outstanding Medicare liens, relying on a letter she had received from Medicare nearly one year after the accident that it had no record of processing Medicare claims on her behalf. It was later learned that Medicare had discharged Mrs. Reale’s medical charges for a total of $19,155.41.

Since it was not an issue before the court, the summary judgment order did not address whether Mrs. Reale must repay Western Heritage for the amount awarded by the court. The issue will be resolved by the terms of the settlement agreement. At the very least, Reale is likely to be responsible for base amount of $19,155.42.

How were Mrs. Reale’s lawyer and Western Heritage to know of the Medicare lien? There is no easy answer. For example, at a time (nearly one year after the accident) when it was reasonably expected that the information would be available, Medicare indicated that nothing appeared to be paid.

Besides asking Medicare, our firm scrutinizes all available medical bills for any indication of Medicare (or other) payments. However, this is not foolproof. Problems include bookkeeping errors, leading to incomplete or inaccurate payment histories, and, in the case of care provided in a hospital, the inability to obtain the records of every medical provider who has provided care. (Hospitals allow private contractors to provide in-hospital services. These providers bill separately from the hospital and their bills are not included in the bills furnished by the hospital. They often bill Medicare directly, without providing the patient with contact information.)

Another problem is that Medicare’s lien applies to bills paid after settlement for medical services provided before. Medicare expects to be reimbursed for these post-settlement payments.

Our firm has been fortunate to avoid any serious post-settlement surprises. However, no matter how hard we try, there is always an element of the unknown to what we do.

*In Humana Med. Plan, Inc. v. Reale, Case No. 3D12-2883, District Court of Appeal of Florida, Third District (Opinion filed December 2, 2015), a case arising out of the same slip-and-fall accident, Reale, the injured party and Medicare beneficiary, brought an action in the circuit court for a declaration of Humana’s right to reimbursement, asserting that Humana’s payments constituted a collateral source of indemnity and that Florida’s collateral sources of indemnity statute, section 768.76, Florida Statutes (2012), and not Medicare’s Secondary Payer Act, provided Humana’s right of recovery. The Third DCA held that the circuit court erred in finding that it had subject-matter jurisdiction and its determination of Humana’s reimbursement rights pursuant to Florida subrogation law, including Florida’s collateral sources of indemnity statute. It vacated the circuit court judgment and remanded with instructions to dismiss the complaint for lack of jurisdiction.