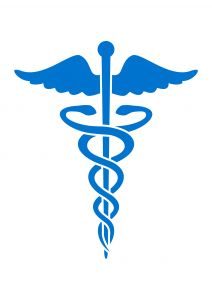 Each Act covers a different set of workers. With exceptions, the Longshore and Harbor Workers’ Compensation Act, which is Federal law, applies to “any person engaged in maritime employment, including any longshoreman or other person engaged in longshoring operations, and any harbor-worker including a ship repairman, shipbuilder, and ship-breaker….” Section 902(3). One of the most important exceptions is for “a master or member of a crew of any vessel.” Section 902(3)(G). The rights of these individuals are governed by the Jones Act and Admiralty Law.

While the LHWCA and Florida’s Chapter 440 are strikingly similar in many respects, one significant difference involves physician selection. Under Section 907(b) of the LHWCA, “[t]he employee shall have the right to choose an attending physician….” In contrast, the employer/carrier selects the treating physicians in Florida’s system. Section 440.13 Florida Statutes.

This is an issue of significant consternation for injured workers and their lawyers in Florida workers’ compensation cases. Most of the doctors selected by the employers/carriers derive a sizeable portion of their income from workers’ compensation cases. Since their opinions determine how much the employer/carrier will spend in a case, their views, naturally, tend to favor the source of their income.

To make matters worse, “[a]n employee who reports an injury or illness alleged to be work-related waives any physician-patient privilege with respect to any condition or complaint reasonably related to the condition for which the employee claims compensation….” Section 440.13(4)(c) Florida Statutes. In essence, this provision allows employer/carrier representatives, including lawyers and insurance adjusters, to engage in ex-parte communications with the injured worker’s doctors.

Once upon a time, Florida’s workers’ compensation system compared favorably with the LHWCA with regard to protecting injured workers. That has changed dramatically over the past twenty years with the Governor’s office and the Legislature being controlled by Republicans. Under their rule the interests of injured workers have taken a backseat to those of insurance and industry, resulting in the LHWCA being more worker friendly today than Florida’s system. The doctor selection issue discussed here is just one example of the many changes that have occurred over the years which have carved away workers’ rights.