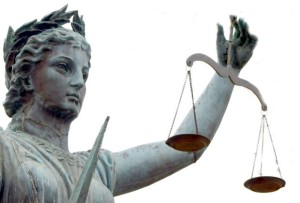 On April 28, 2016, the Florida Supreme Court announced its decision in Marvin Castellanos v. Next Door Company, et al. The case involved a challenge to the constitutionality of Florida Statute 440.34, the law that prescribes the payment of fees to attorneys who represent injured workers.

In 2009, Marvin Castellanos, then forty-six years old, suffered an injury during the course of his employment as a press break operator for Next Door Company. When the employer, and Amerisure, as Next Door’s insurance carrier (collectively, the “E/C”), failed to authorize its own doctor’s recommendations,  Castellanos subsequently filed a petition for benefits, seeking a compensability determination for temporary total or partial disability benefits, along with costs and attorney’s fees. The E/C raised twelve defenses, including 440.09(4) (intentional acts) and 440.105(4)(b)9. (fraud), Florida Statutes (2009), ultimately asserting that Castellanos was responsible for his own injuries.

A final hearing was then held before the JCC, in which numerous depositions, exhibits, and live testimony were submitted for consideration. The Judge of Compensation Claims (“JCC”) ruled in favor of Castellanos, determining, therefore, that he was entitled to recover attorney’s fees and costs from the E/C.

Based on the JCC’s finding of compensability, Castellanos filed a motion for attorney’s fees, seeking an hourly fee of $350 for the services of his attorney. However, constrained by Section 440.34, the JCC awarded a statutory fee of $1.53 per hour.

Castellanos appealed, challenging the constitutionality of Section 440.34 on the basis that it violated the right of access to courts under article I, section 21, of the Florida Constitution; the separation of powers doctrine; due process; equal protection; the right to contract and speak freely; the right to be rewarded for industry; and constitutes an unconstitutional taking of property. The First District Court of Appeal affirmed the JCC’s fee award, but asked the Florida Supreme Court to accept jurisdiction to answer Castellano’s constitutional challenges. The Court accepted jurisdiction, but decided the case on the basis of the constitutional rights of the claimant under due process and did not address the other grounds raised.

THE COURT’S CONCLUSION: “the mandatory fee schedule in section 440.34, which creates an irrebuttable presumption that precludes any consideration of whether the fee award is reasonable to compensate the attorney, is unconstitutional under both the Florida and United States Constitutions as a violation of due process. See art. I, § 9, Fla. Const.; U.S. Const. amend. XIV, § 1.”

Jeb Bush served as the 43rd Governor of Florida from 1999 to 2007. The unconstitutional statute was created in 2009, during Charlie Crist’s term as Florida’s Governor.

How, then, is Jeb Bush responsible for creating the unconstitutional law?

From the beginning, this element of the business community had attempted to marginalize Claimant’s attorneys from the system. While nibbling around the edges, they could never muster the political will or might to take the big bite. Overcoming seventy years of jurisprudence designed to keep the playing field level proved to be a bridge too far.

That is, until Jeb Bush came along.

At the nadir of his power, with big brother George presiding as the de-facto Commander in Chief of the United States and the backing of a Republican-controlled Legislature willing to do his bidding, Jeb rammed through 440.34, Florida Statutes (2003), legislation designed to kill all workers’ compensation Claimant’s lawyers.

Subsection (1) of Jeb’s version of 440.34 prohibited JCCs from approving any attorney’s fee in excess of the statutory percentage formula of 20/15/10, the same formula applied in Castellanos to limit the attorney’s fee award to $1.53 per hour. This was a departure from preceding versions of the statute, which allowed consideration of various factors to increase the fee beyond the percentage formula. Every JCC in the state obeyed Jeb’s marching orders.

However, Jeb and his cronies bungled the job. While subsection (1) clearly mandated a strict limit, subsection (3) contained language allowing for the recovery of “reasonable attorney’s fees” from a carrier or employer under certain circumstances.

Ms. Murray appealed the JCC’s ruling, challenging the constitutionality of section 440.34. However, the Court did not address the constitutional issues. See State v. Giorgetti, 868 So.2d 512, 518 (Fla.2004) (“We are also obligated to construe statutes in a manner that avoids a holding that a statute may be unconstitutional.”) Rather, it concluded that, when read together, the plain language of subsections 440.34(1) and (3) revealed an ambiguity, which it interpreted in favor of injured workers:

The Emma Murray decision was announced on October 23, 2008. In May of the following year, the Republican-controlled Florida Legislature “fixed” section 440.34 by deleting the word “reasonable” from subsection (3). Simple as that. The opportunity for a JCC to consider the reasonableness of a fee was snuffed out.

Jeb Bush & Co. had not expected the Emma Murray outcome. It did not see the ambiguity. The 2009 legislature eliminated any ambiguity.

But for Jeb Bush’s groundbreaking accomplishment, in 2003, the 2009 legislation would not have been possible. Jeb Bush’s original intent was realized by the simple act of deleting the word “reasonable” from the statute.

With the ambiguity resolved, the Castellanos Court had no choice but to address the statute’s constitutionality. It found that 440.34 violated both the Florida and United States Constitutions.

The Castellanos decision was 13 years in the making. During that period of time, countless injured workers were unable to fight on equal footing with employers and carriers because of fee restrictions imposed on their lawyers. This inequity resulted in significant harm to claimants through the denial of workers’ compensation benefits.

Undoubtedly, the Florida Legislature will try to “remedy” the Castellanos decision. The notion that injured workers have the ability to fight for their rights on level ground is anathema to Governor Rick Scott and his fellow Republicans.

The Castellanos decision provides solid constitutional guidance. Whether Scott and the Republicans heed that guidance remains to be seen.

Finally, the title of this blog is “Another Jeb Bush Law Bites the Dust.” The context for my use of the word “Another” is because of another Jeb Bush law the Florida Supreme Court also found unconstitutional. Here is my blog on that subject: Power to the People! Florida’s Arbitrary and Capricious Medical Malpractice Damage Caps Declared Unconstitutional. (See, also, Setting the Record Straight on Medical Malpractice and Florida Law.)

This is the hallmark of everything Bush.