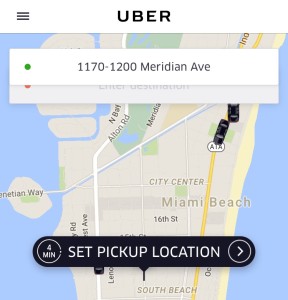 Naturally, some Uber drivers cause accidents. However, Uber does not require its Florida drivers to maintain bodily injury (BI) liability insurance. (BI is a type of liability insurance which compensates for personal injuries and economic losses caused by an at-fault party.) Moreover, Uber considers itself and its drivers  exempt from §324.032 Florida Statutes, which requires owners or lessees of one or more taxicabs, limousines, jitneys, or “any other for-hire passenger transportation vehicles” to maintain 24-hour commercial liability insurance with limits of $125,000/250,000/50,000. Finally, Uber argues that its drivers are independent contractors, a position which, if correct, would shield Uber from liability for driver negligence. See § 440.02(15)(d) Florida Statutes for a comprehensive statutory definition of “independent contractor.”

Efforts were made during the 2016 Florida legislative session to pass a law directly aimed at requiring Uber and other application-based transportation service companies to maintain minimum levels of liability insurance coverage during operating hours. In addition to public safety concerns associated with having scores of uninsured vehicles operating on the roadways, legislators were interested in leveling the playing field for operators subject to the liability insurance requirements of §324.032 Florida Statutes. All measures failed.

Notwithstanding the loopholes noted above, all is not lost. Because of the hue and cry raised nationwide against Uber for skirting regulations, including those relating to insurance coverage, imposed on other transportation services, and Uber’s fear that courts will eschew independent contractor protections in favor of imposing employer/employee respondent superior liability, Uber decided to purchase liability insurance covering driver negligence. (Here is a link to Uber’s 2016-2017 Certificate of Liability Insurance (effective March, 2016).) The policy, which seemingly applies in Florida and other jurisdictions, provides coverage of $1,000,000 (BI)/$1,000,000 (UM/UIM) with passengers onboard, $50,000 per person/$100,000 per accident (BI) without.

Concerns remain. For example, when drivers are traveling to and from prime work venues, like South Beach, without being logged into the Uber app, they are not covered under Uber’s insurance policy. Since Florida does not require vehicle owners to maintain BI coverage on personal use vehicles — only PIP and Property Damage – Liability are required – many of these drivers will otherwise be uninsured during the gap period. Additionally, the $50,000/$100,000 coverage provision is significantly lower than the requirement for taxicabs, etc. While the $1 million limit for passengers is reasonable, the between-fares $50k/$100k for non-passengers is not. Uber benefits from drivers being logged into its app. So long as it does, it should be providing adequate insurance coverage limits to those harmed by driver negligence. $50,000 can be a paltry sum for an individual seriously injured in a crash.

Finally, Uber’s liability insurance carrier, James River Insurance Co., is not a member of Florida Insurance Guaranty Association (FIGA), which is a violation of Florida law. FIGA is a non-profit organization created by the Florida Legislature to help protect policyholders in the event their insurance company becomes insolvent and is liquidated. We have seen many Florida insurance companies become insolvent. Without FIGA, insureds and beneficiaries would be left with nothing.

Other non-insurance related concerns persist. Local governments have tried to address them with varying degrees of success. Some of the issues:

One’s own insurance can mitigate some of the insurance concerns resulting from an Uber driver’s negligence. Health insurance, including Medicare, will cover some medical expenses; disability insurance and Medicaid may cover lost wages; and certain types of self-maintained motor vehicle insurance will cover medical expenses, non-economic damages (such as pain and suffering), and economic losses.