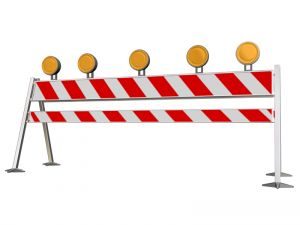 Florida Statute 440.11 immunizes most employers and fellow-employees from being sued for simple negligence, limiting the remedies available to injured workers to those outlined in Chapter 440, Florida Statutes, Florida’s body of workers’ compensation laws.

Chapter 440 is a no fault system for providing benefits. It was designed to assure  “the quick and efficient delivery of disability and medical benefits to an injured worker.” § 440.015, Fla. Stat. (2009). Even so, its shortcomings are many. Read these blogs:

In spite of these drawbacks, Florida Statute 440.11 usually bars other options.

The typical workplace accident is caused by employer or co-worker negligence, or the victim’s own fault. The victim cannot pursue a civil remedy for damages caused by his or her fault, and Florida Statute 440.11 bars the pursuit of such a remedy against employers and co-workers for accidents caused by simple negligence. To recover civil remedy damages from the employer, Florida Statute 440.11 forces injured workers to establish the following elements:

Thanks to then Governor Jeb Bush, this standard became law in 2003. It is virtually impossible to overcome.

The hurdle is somewhat lower for pursuing a civil remedy against co-workers. Florida Statute 440.11(b) provides:

“Such fellow-employee immunities shall not be applicable to an employee who acts, with respect to a fellow employee, with willful and wanton disregard or unprovoked physical aggression or with gross negligence when such acts result in injury or death or such acts proximately cause such injury or death ….”

[F]irst of all, gross negligence presupposes the existence of a “composite” of circumstances which, together, constitute an “imminent” or “clear and present” danger amounting to more than normal and usual . . . peril. . . .

Secondly, gross negligence must be predicated on a showing of chargeable knowledge or awareness of the imminent danger spoken of.

This language came from Hoyt v. Corbett, 559 So. 2d 98 (Fla. 4th DCA 1990), which addressed gross negligence in the context of worker’s compensation immunity. There, the decedent’s estate was awarded a verdict after the appellant, the employee, electrocuted the decedent at the workplace. The Court quoted from Glaab, 236 So. 2d at 183-84.

Florida Statute 440.11 was tested in Boston v. Publix Supermarkets, Inc., So.3d , 38 FLW D959 (Fla. 4th DCA 5-1-2013), a case involving the death of a Publix employee in a work accident. The decedent’s personal representative sought civil remedy damages against Publix and the fellow-employee who caused the accident, rather than settle for the measly death benefits under workers’ compensation — F.S. 440.16 allows $7,500 for burial expenses and $150,000 to survivors payable in installments.

Both defendants asserted F.S. 440.11 immunity. The trial court accepted the affirmative defense, dismissing the case against each defendant. Florida’s Fourth District Court of Appeal agreed and disagreed with the trial court. It agreed that the employer was properly dismissed because the facts could not meet the three elements threshold, but disagreed with the fellow-employee’s dismissal because a jury could find gross negligence. Had the standard been the same for the fellow-employee as it was for the employer — the 3-part test — the DCA would have affirmed both dismissals. Instead, it remanded the case to the trial court to allow further proceedings against the fellow-employee.

Few fellow-employees have the financial means to cover the losses resulting from a serious accident. There’s a better chance the employer can cover some or all of the loss.

An employer can be vicariously liable for an employee’s fault which is committed (1) within the scope of employment, or (2) during the course of employment and to further a purpose or interest of the employer. Valeo v. East Coast Furniture Co., So.3d , 37 FLW D1820 (Fla. 4th DCA 8-1-2012).

If these limits are not enough, company assets can be considered.

Florida’s workers’ compensation system sometimes falls short of providing adequate compensation. In those instances, a civil remedy might be more beneficial. Unfortunately, F.S. 440.11 makes it virtually impossible to get at the employers and their insurance coverage and assets, and exceedingly difficult to succeed against co-employees.

While prompt resolution of your legal matter is our goal, our approach is fundamentally different. Our clients are “people” and not “cases” or “files.” We take the time to build a relationship with our clients, realizing that only through meaningful interaction can we best serve their needs. In this manner, we have been able to best help those requiring legal