Florida’s workers’ compensation system was created, in 1935, with the goal of providing benefits to injured workers without the delay of havi 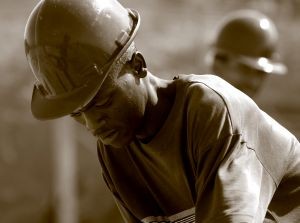 ng to prove the accident was caused by the employer’s negligence. In exchange for this no-fault system, employers were granted immunity from being liable for negligence.

The system, however, did not afford absolute immunity. There was a time when employees who were able to demonstrate that an employer engaged in conduct which is substantially certain to result in injury or death, could pursue a civil remedy. Turner v. PCR, Inc., 754 So. 2d 683 (Fla. 2000).

While difficult, overcoming workers’ compensation immunity by establishing  substantial certainty was within reach.

In 2003, Governor Jeb Bush and the Florida Legislature put the chance of overcoming workers’ compensation immunity out of reach. New measures, in the form of Florida Statute 440.11, were instituted to make overcoming employer immunity virtually impossible.

§440.11(1) lays out the employer immunity, subsections (a) and (b) set forth the exceptions. This blog is about subsection (b), which reads:

1. The employer deliberately intended to injure the employee; or

2. The employer engaged in conduct that the employer knew, based on prior similar accidents or on explicit warnings specifically identifying a known danger, was virtually certain to result in injury or death to the employee, and the employee was not aware of the risk because the danger was not apparent and the employer deliberately concealed or misrepresented the danger so as to prevent the employee from exercising informed judgment about whether to perform the work.*

Numerous cases have since considered the “virtually certain” statutory standard. All agree that it is an extremely different and a manifestly more difficult standard to meet than its predecessor. While injured workers had a fighting chance with “substantial certainty,” there is little hope, as exemplified by the cases below, under the Bush-instituted “virtually certain” standard.

The current standard grants employers near absolute immunity. While employers should not be overburdened with unreasonable expectations, the greatest regard should be given to work safety. If this is the goal, taking away the risk of severe consequences for slack safety measures, as the “virtually certain” standard surely does, is a step in the wrong direction.

*440.11(1)(b) also provides: “The same immunities from liability enjoyed by an employer shall extend as well to each employee of the employer when such employee is acting in furtherance of the employer’s business and the injured employee is entitled to receive benefits under this chapter. Such fellow-employee immunities shall not be applicable to an employee who acts, with respect to a fellow employee, with willful and wanton disregard or unprovoked physical aggression or with gross negligence when such acts result in injury or death or such acts proximately cause such injury or death[.]” The standard is lower than “virtually certain.”

Since employers are typically liable for the conduct of their employees, can employers be made to pay under this lower standard? If so, concerns with collecting a judgment against an individual alone would be alleviated.