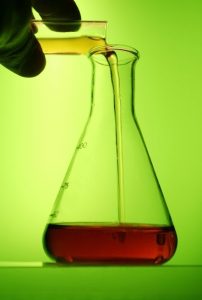 Employers and their workers’ compensation insurance companies (E/C) relish the opportunity to deny benefits to employees injured on the job. One of the most powerful weapons in their ample arsenal is the section 440.09(3), Florida Statutes drug defense. It reads as follows:

(3) Compensation is not payable if the injury was occasioned primarily by … the influence of any drugs, barbiturates, or other stimulants not prescribed by a physician….

Urine is the specimen of choice for drug testing. It is collected from the donor at a collection site or directly from the injured worker’s urine bag when urinating into a cup cannot be accomplished.

The collection procedures are set forth in sections 59A-24.003-24.008 of the Florida Administrative Code. The standards are rigorous, as they should be given what is at stake. While failing to comply with the strict standards may not cause a test result to be invalidated, it may be enough to keep the E/C from being afforded the presumption otherwise arising from a positive test result. The presumption is set forth in secton 440.09(7)(b), and reads in pertinent part as follows:

… if the employee has a positive confirmation of a drug as defined in this act, it is presumed that the injury was occasioned primarily by the … influence of the drug upon, the employee. If the employer has implemented a drug-free workplace, this presumption may be rebutted only by evidence that there is no reasonable hypothesis that the intoxication or drug influence contributed to the injury. In the absence of a drug-free workplace program, this presumption may be rebutted by clear and convincing evidence that the intoxication or influence of the drug did not contribute to the injury.

Section 59A-24.003(14), F.A.C., defines “Split sample” as “a specimen that is divided into two separate containers, for the purpose of using one container for immediate testing and the other being tested at the donor’s request if the first sample tested results in a confirmed positive test.” Fair enough. The injured worker should have the opportunity to challenge a positive test from an unadulterated portion of the same specimen.

This rule chapter does not prohibit the use of split samples provided that such samples are collected in accordance with the provisions of the Mandatory Guidelines for Federal Workplace Drug Testing Programs as defined in subsection 59A-24.003(7), F.A.C.

Because most collectors receive their certification training under guidelines requiring split samples (e.g., DOT), it is not uncommon for split samples to be used in Florida workers’ compensation cases. As indicated above, in section 59A-24.005(22), when a split sample is used, it must be collected in accordance with 59A-24.003(7), F.A.C. This subsection provides as follows:

“Federal Workplace Drug Testing Programs” means the Department of Health and Human Services Mandatory Guidelines for Federal Workplace Drug Testing Programs as contained in Volume 59, Number 110, of the Federal Register published June 9, 1994, and the criteria found in the National Laboratory Certification Program Guidance Document for Laboratories and Inspectors as published by the Substance Abuse and Mental Health Services Administration Center for Substance Abuse Prevention, August 29, 1994, each incorporated by reference herein.

The Department of Health and Human Services Mandatory Guidelines for Federal Workplace Drug Testing Programs as contained in Volume 59, Number 110, of the Federal Register published June 9, 1994 contains helpful commentary explaining the reasoning behind its rules and details the procedural requirements for collecting split samples. For example, the guideline details the minimum amounts of urine that must be put into each split specimen bottle, and how the bottles are to be labeled and shipped.

Any lawyer wishing to defeat the Florida Workers’ Compensation drug defense, must be prepared to question the insurance company’s people, from lab directors, to specimen collectors, to medical review officers, as well as their own experts, on the applicable Florida Administrative Codes. Where a split sample is used, the referenced Federal Register publication, provides additional ammunition to undermine the collection process.