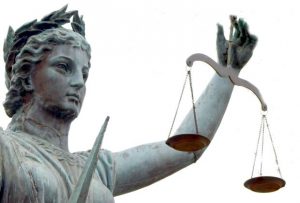 Here’s a simple truth: An injured worker (also known as a “claimant”) proceeding “without the aid of competent counsel” is as “helpless as a turtle on its back,” Davis v. Keeto, Inc., 463 So.2d 368, 371 (Fla. 1st DCA 1985) (quoting Neylon v. Ford Motor Co., 27 N.J.Super. 511, 99 A.2d 664, 665 (Ct.App.Div.1953)). Because of this, one of the most important rights presently available to claimants under Florida’s workers’ compensation system, is the ability to hire a lawyer on a contingency fee basis who is able to exact a reasonable attorney’s fee from the workers’ compensation insurance company (collectively, the “E/C”) for making it furnish benefits in accordance with the law. This attorney’s fee provision, contained in section 440.34, Florida Statutes, makes claimants’ attorneys willing and able to invest their time and money to do battle against the unlimited resources of Big Business and the Insurance Industry. Because the fee awarded against the E/C can be substantial, sensible E/C undertake a careful analysis of the pros and cons of denying benefits. This promotes fair and reasonable claims handling.

From 2009 to 2016, E/C operated under a diametrically different system. The 2009 Florida Legislature enacted legislation prohibiting Judges of Workers’ Compensation Claims (“JCC) from awarding “reasonable” attorney’s fees to claimants’ lawyers who successfully forced the E/C to furnish wrongly denied benefits. To accomplish this end, the  legislature literally removed the word “reasonable” from the then existing statute. This encouraged indifference and hostility towards the rights of injured workers, with little regard given by E/C to the quick and efficient delivery of workers’ compensation benefits such as medical treatment and lost wages. If an injured worker was somehow able to enlist the services of a lawyer willing to undertake a protracted court battle, and the lawyer managed to win the case, the JCC could only order E/C to furnish the wrongly denied benefits and, because of limits imposed by law, award no more than a nominal fee to the claimant’s attorney, the equivalent of a slap on the wrist.

In Castellanos v. Next Door Company, 192 So.3d 431 (Fla., 2016), the constitutionality of the “slap on the wrist” law was challenged. Marvin Castellanos suffered an injury during the course of his employment as a press break operator for Next Door Company. At the clinic authorized by Next Door’s workers’ compensation insurance carrier, Amerisure Insurance Company, Castellanos was diagnosed with multiple contusions to his head, neck, and right shoulder. A doctor requested authorization of medically necessary treatment, including x-rays, medications, and physical therapy. The E/C failed to authorize its own doctor’s recommendations, and Castellanos subsequently filed a petition for benefits seeking various benefits. The E/C raised twelve defenses. A final hearing was then held before the Judge of Compensation Claims, in which numerous depositions, exhibits, and live testimony were submitted for consideration. The JCC ruled for Castellanos, explicitly finding that Castellanos’ attorney was successful in securing compensability and defeating all of the E/C’s defenses.

At a later hearing to establish the amount E/C must pay claimant’s victorious attorney, the JCC determined that Castellanos’ attorney performed 107.2 hours of “reasonable and necessary” work to prevail in the litigation. However, barred by law from awarding a “reasonable” attorney’s fee, the JCC could award a fee of no more than $164.01 (that’s right, $1.53 per hour!). A slap on the wrist for E/C. A slap in the face for claimant and his attorney.

(Expert testimony given at the evidentiary hearing established that the standard hourly rate for a lawyer with claimant’s attorney’s experience was upwards of $350.00, which would make the reasonable fee $37,520.00. Ironically, nothing in the workers’ compensation statutes has ever limited how much E/C may pay its attorneys. Since the defense attorneys are paid win, lose or draw, their hourly rate is typically lower than the rate for contingency attorneys who must win to be paid. In Castellanos, E/C probably paid its defense attorney upwards of $20,000.00 in the losing cause.)

The Florida Supreme Court decided that the fee limiting statute was unconstitutional under both Florida’s Constitution and the United States Constitution. In its view, as borne out in Castellanos, “It is undeniable that without the right to an attorney with a reasonable fee, the workers’ compensation law can no longer ‘”assure the quick and efficient delivery of disability and medical benefits to an injured worker,”‘ as is the stated legislative intent in section 440.015, Florida Statutes (2009), nor can it provide workers with ‘”full medical care and wage-loss payments for total or partial disability regardless of fault and without the delay and uncertainty of tort litigation.”‘ Martinez v. Scanlan, 582 So.2d 1167, 1172 (Fla.1991).”

The 2019 Florida Legislative Session convenes on March 5, 2019. Remarkably, despite Castellanos the insurance industry is seeking to return Florida to the bad old days, when workers’ compensation benefits were delayed and denied as part of a routine business practice and injured workers struggled to obtain legal representation. The opening salvo in this assault is SB 1636, sponsored by Senator Keith Perry, a bill virtually mirroring the legislation declared unconstitutional in Castellanos.

How can this be?, one might ask. The answer in one word: opportunity.

Four of the Florida Supreme Court Justices who voted in the majority in Castellanos, have since retired because of age limitations. Florida Governor Rick DeSantis has chosen three of their replacements, two of whom, Justice Barbara Lagoa and Justice Robert J. Luck, formerly served on the 3rd District Court of Appeal, based in Miami-Dade County, while the fourth, Justice Alan Lawson, was appointed by former Governor Rick Scott. Figuring that it has nothing to lose, the Insurance Industry wants to pass egregious legislation for the reconfigured Supreme Court to consider.

The wolves are at the gates!

NOTE: In both the 2017 and 2018 legislative sessions, efforts much like the one noted above were undertaken to return Florida to the pre-Castellanos days. Through the good work of many, in particular, the members of the Florida Workers’ Advocates and the Florida Justice Association, those attacks were successfully rebuffed. Such negative legislation is always sponsored by insurance-industry backed Republican legislators. Thankfully, some good and decent Republican Senators, such as Anitere Flores and Rob Bradley, have worked with Democrats to keep the egregious legislation at bay. Unfortunately, with Republicans controlling the House, the Senate, and the governor’s mansion, the challenge is Game of Thrones daunting.