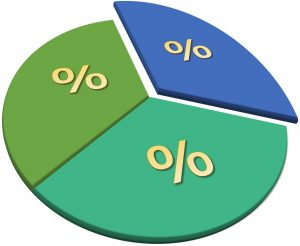 After mediation, the case settled for $150,000. Boston Mutual, the health insurance company, filed a lien against the settlement. The parents filed a motion for equitable distribution with the circuit court to determine how much Boston Mutual would be allowed to recover.

Evidence was presented at the hearing on the motion. The court decided that the case against the pool owner was a weak one. It also found that had there been no problem with liability or recovery (the pool owners were essentially judgment proof, and they had a homeowners insurance policy with a $300,000 maximum coverage), the total damages would have been $1,500,000, which included the $472,000 in medical expenses and costs paid by Boston Mutual. (An expert, likely an experienced personal injury lawyer, testified that the non-economic damages for the death of a young child in Florida (in the early 1990s) ranged from $900,000 to $1,000,000.)

Based on these findings the court applied 768.76(4) to award Boston Mutual a prorated share of the settlement in the amount of $26,588.77. The court made the following calculations:

Absent from the trial court’s analysis was any determination of what portion of the settlement, which failed to designate any sum as specifically attributable to medical costs and expenses, fairly represented the recovery of medical expenses and costs.

The parents appealed, arguing that Boston Mutual did not have subrogation rights in the net settlement because they did not recover the full amount of their losses. It was their position that until they recovered $1,028,000, the amount determined by the court to be damages exclusive of medical expenses and costs, Boston Mutual should not be reimbursed. Boston Mutual argued that section 768.76 entitled them to prorata subrogation even though the parents did not recover the total amount of their non-economic damages.

The appellate court framed the issue before it as follows:

[W]hether the Florida Legislature, by promulgating section 768.76, intended to create a right of prorata subrogation for collateral source providers when the injured party has not received the full amount of other kinds of damages required to make it whole and whether, under the circumstances of this case, some of the recovery can be deemed recovery of medical costs and expenses.

The court began its analysis by pointing to the general rule in Florida:

Since the health insurance policy gave Boston Mutual subrogation rights “to the extent of any and all payments made for such injury,” yet the settlement failed to designate any sum as specifically attributable to medical costs and expenses, the court had to decide, for the first time in Florida — i.e., this was a case of first impression — if the health insurance carrier was entitled to any recovery, and, if it was, how was the amount to be determined. It recognized its quandary by distinguishing undifferentiated settlements, such as the one in the case before it, from verdicts and settlements in which the various damage elements are memorialized, explaining that the differentiated form simplified lien determinations. (CAVEAT: differentiated settlement agreements can scrutinized by a court to determine the reasonableness of the allocations. Parties cannot be unreasonable with the numbers in order to avoid liens.)

The court noted that Boston Mutual had intervened in the underlying wrongful death suit. In theory this would have allowed Boston Mutual to hold up the settlement until it was satisfied with the portion of the recovery allocated to medical costs and expenses. As this would mandate litigation rather than settlement of lawsuits, the court dismissed this alternative.

In its place, the appellate court devised a procedure whereby the trial court would determine what portion “if any” of the settlement “is fairly allocable to medical costs and expenses in the equitable distribution proceeding.” Having arrived at this conclusion, the appellate court reversed and remanded (i.e., sent the case back to the lower court for further proceedings) the trial court’s ruling.

Although Magsipoc is a 1994 case, it remains good law. The lessons from Magsipoc:

Once the full amount of the recovery and the allocations are determined, distribution is determined in accordance with the following formula: