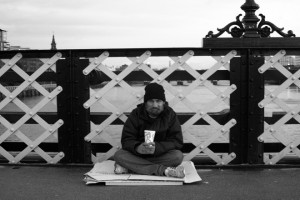 Workers lose wages for various reasons. In Hoffman, for example, the employee was wrongfully terminated for engaging in union activities. More frequently, wages are lost because of work related injuries.

Before Hoffman, Florida law was well settled that workers’ compensation benefits extended to undocumented aliens. See Cenvill Dev. Corp. v. Candelo, 478 So.2d 1168, 1170 (Fla. 1st DCA 1985); see also Gene’s Harvesting v. Rodriguez, 421 So.2d 701 (Fla. 1st DCA 1982). In fact, the Florida Workers’ Compensation Act defines the term employee as “any person who receives remuneration from an employer for the performance of any work or service … whether lawfully or unlawfully employed” including, but not limited to, “aliens…” Fla. Stat. § 440.02(15)(a) (emphasis added).

The employer had argued that IRCA preempts Florida law. The DCA disagreed, finding that “IRCA does not contain express preemption language nor does it so thoroughly occupy the field as to require a reasonable inference that Congress left no room for states to act,” moreover, the United States Supreme Court considers workers’ compensation an area where states have authority to regulate under their police powers. See De Canas v. Bica, 424 U.S. 351, 356, 96 S.Ct. 933, 937, 47 L.Ed.2d 43 (1976). The court also noted that Hoffman did not preclude other benefits to “illegal aliens,” see Hoffman, 122 S.Ct. at 1285.

Nevertheless, the workers’ compensation exception has limits. In Candelo, the appellate court denied backpay to an unauthorized alien who had presented fake ID to the employer concerning his right to work in the United States. The ruling established that employers are not estopped from asserting the status of an unauthorized alien unless they knew or should have known of the true status of the employee. Candelo, supra, at 1170. (“This holding prevents unauthorized aliens from suffering at the hands of an employer who would knowingly hire the alien and then conveniently use the unauthorized alien status to avoid paying wage loss benefits.”). See also HDV Const. Systems, Inc. v. Aragon, 66 So.3d 331 (Fla. 1st DCA 2011). (Notably, Aragon also allowed the claimant to collect PTD benefits under § 440.15(1).).

These provisions create an interesting interplay between the efforts of unauthorized aliens to gain employment and the duty of employers to verify. Florida law suggests that close calls go to employees. This is the Aragon court’s take on the issue:

Indeed, the purpose of workers’ compensation law is to place on industry, rather than the general taxpaying public, the expense incident to the hazards created by industry. Gore v. Lee County Sch. Bd., 43 So.3d 846, 849 (Fla. 1st DCA 2010) (explaining workers’ compensation legislation is designed to relieve society in general of expenses created by industry). Moreover, because the employer stands to benefit and profit from its employment of labor, and further is in the best position to avoid the risk of loss, the courts have uniformly recognized the impropriety of foisting on society the costs of a “broken body” and “diminished income” created by industry. Mobile Elevator Co. v. White, 39 So.2d 799, 800 (Fla.1949).