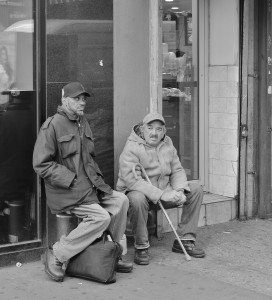 The first way is by proving at least one of the injuries listed in § 440.15(1)(b) (2015). Doing so establishes a rebuttable presumption of PTD. (The burden is on the employee to prove the injury.) Since the presumption is rebuttable, the employer or carrier can overcome the PTD presumption by establishing that the employee is physically capable of engaging in at least sedentary employment within a 50-mile radius of the employee’s residence.

An employee who is unable to prove a listed injury, “must establish that he or she is not able to engage in at least sedentary employment, within a 50-mile radius of the employee’s residence, due to his or her physical limitation.” § 440.15(1) (2015).

#1 is a medical determination. To prevail under this standard, a Judge of Compensation Claims (JCC) must accept the testimony of a medical provider that the Claimant is not able to engage in at least sedentary employment, defined by the Social Security Administration as follows:

lifting no more than 10 pounds at a time and occasionally lifting or carrying articles like docket files, ledgers, and small tools. Although a sedentary job is defined as one which involves sitting, a certain amount of walking and standing is often necessary in carrying out job duties. Jobs are sedentary if walking and standing are required occasionally and other sedentary criteria are met. § 404.1567 Code of Federal Regulations.

Method #2 is the so-called, proof-in-the-pudding method. The idea is that an exhaustive, unsuccessful job search demonstrates an inability to obtain gainful employment. The keys to a valid and comprehensive job search include:

A Vocational expert is an authority in the areas of vocational rehabilitation, vocational and earning capacity, lost earnings, cost of replacement labor and lost ability/time in performing household services. Wikipedia.

For PTD determinations, the Vocational expert considers whether permanent work-related physical restrictions, while not alone totally disabling, preclude Claimant from engaging in at least sedentary employment within a fifty-mile radius of his or her residence when combined with vocational factors such as age, education, mental aptitude, work experience, and transferable skills. See HDV Const. Systems, Inc. v. Aragon, 66 So. 3d 331 (Fla. 1st DCA 2011); and Garcia v. Fence Masters, Inc., 16 So.3d 200, 202 (Fla. 1st DCA 2009) (reversing denial of PTD benefits where JCC made conclusory finding that claimant was physically capable of performing at least sedentary employment, but failed to make finding that claimant could reasonably obtain employment within fifty-mile radius of his residence in consideration of his particular vocational impairments). Importantly, the legal question presented under section 440.15(1)(b)5 applies specifically to the individual seeking benefits, not a hypothetical individual. Aragon, supra, @ 334.

These cases, where an award of PTD was affirmed, illustrate some of the method #3 considerations:

Employers and Carriers defend against PTD claims by presenting counter evidence to whichever method or methods the Claimant pursues. For example, their doctors may challenge whether an injury reaches the level of one of those listed in § 440.15(1)(b) (2015) or the extent of permanent work-related physical restrictions, while their vocational experts may differ regarding the results of vocational testing, such as IQ and transferable skills, and the ultimate availability of work.

Often, the employer will create a job simply to defend against the PTD claim. The Claimant must counter this by showing that the job is “sheltered employment.” In Commercial Carrier Corp. v. LaPointe, 723 So. 2d 912 (Fla. 1st DCA 1999), the employer offered the Claimant a position as a night watchman. The position was never advertised and did not exist prior to being offered to Claimant. He accepted the job and was allowed to work less than the set hours, to arrive late, or to leave early—in effect to regulate his own hours. Although he was found sleeping on the job, he retained his employment. He was asked to make rounds, but was not required to if he felt he was unable to, nor was he required to keep a record of rounds made or missed. No one filled in when the Claimant was absent, even when he was absent for four months running.

The judge of compensation claims found that “the facts about this night watchman job … can lead to no other conclusion than that the night watchman position was sheltered.” In affirming the JCC’s finding, the appellate court  explained sheltered employment:

That the work for which the injured employee is being paid is work the employer needs done does not rule out its being sheltered employment. See Shaw, 609 So.2d at 685-86. There we said: E/C admit that Publix allowed rest periods and arranged a flexible work schedule without a production quota. Competent substantial evidence in the record demonstrates Claimant’s labeling work was unavoidably subject to interruptions arising from pain and discomfort…. Although the evidence indicated Claimant’s work in the labeling department was beneficial to Employer, the record ‘”leads to the inescapable conclusion that [C]laimant’s return to work was sheltered employment.”‘ (Citation omitted.) We have also acknowledged that work as a security guard may constitute sheltered employment. See New Wales Chemicals, Inc. v. Parks, 518 So.2d 360, 363 (Fla. 1st DCA 1987) (‘”job must be characterized as sheltered employment because claimant’s duties have been conformed to claimant’s limitations to light duty work, and the job pays much more than any similar job as a guard in the community”‘). See generally Roberts v. WPBT, 395 So.2d 233, 234 (Fla. 1st DCA 1981).

Creating sheltered employment is a popular tactic because an ability to work part-time, even if below the sedentary level, may preclude an award of PTD. In US Fidelity & Guar. Ass’n v. Kemp, 658 So. 2d 1212 (Fla. 1st DCA 1995), the Judge of Compensation Claims (JCC) held that the claimant was entitled to PTD benefits on two alternative grounds. He determined that the job the claimant then held was both sedentary and part-time, and thus below the standard set forth in section 440.15(1)(b), Florida Statutes (1986), requiring the claimant to “establish that he is not able uninterruptedly to do even light work due to physical limitation” in order to be eligible for PTD benefits. The JCC held that, by establishing he was capable only of part-time sedentary work, he had met his PTD burden of proving that he was incapable of performing even light work on an uninterrupted basis. While this is true, the appellate court reversed the award of PTD, concluding that “[a]n inability to engage in any meaningful employment would support the conclusion that one is permanently totally disabled. However, an ability to work part-time contradicts the conclusion that one is totally disabled.” Compare Seligman & Latz, Inc. v. Panell, 530 So.2d 1032, 1033 (Fla. 1st DCA 1988) (claimant held part-time job but there was testimony that she could only work “as tolerated,” which the court concluded was sufficient evidence of inability to work uninterruptedly to sustain an award of PTD benefits) with Vista Properties of Vero v. Heumann, 516 So.2d 1032, 1033 (Fla. 1st DCA 1987) (reversing award of PTD benefits for period during which claimant held part-time, non-sheltered, non-gratuitous employment, based upon conclusion that claimant had failed to demonstrate inability to work uninterruptedly). Moreover, the ability to engage in sedentary employment satisfies the statutory prohibition in section 440.15(1)(b) (1986) against awarding PTD benefits to one who is able to perform light work. See, e.g., Roll v. Sebastian Inlet, 609 So.2d 674, 676 (Fla. 1st DCA 1992) (“Claimant did not establish an inability to perform light work uninterruptedly, as there was medical evidence, in the form of Dr. Seig’s opinion, that claimant was capable of performing work in a sedentary occupation.”). Cf. R.D. Brown Contractors v. Padgett, 569 So.2d 499 (Fla. 1st DCA 1990) (reversing order awarding temporary total disability benefits because claimant had failed to sustain the burden of demonstrating a lack of capacity to work where the evidence demonstrated claimant had been informed he could perform sedentary work).

It is not easy proving PTD. Moreover, thanks to former Governor Jeb Bush and the Florida Legislature, today’s current standard is more difficult than past standards. Nevertheless, with the right facts and a lot of hard work, it can be accomplished.