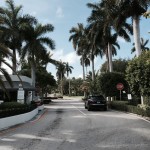 With the exception of strict liability cases, the burden is always on the plaintiff in personal injury cases to prove that the “[defendant’s] negligence probably caused the plaintiff’s injury,” with “probably” being the more likely than not/greater weight of the evidence standard. Gooding v. Univ. Hosp. Bldg., Inc., 445 So.2d 1015, 1018 (Fla.1984); see, also, Standard Jury Instruction – Civil Cases 401.3.

This tragic case involved the murder of two young adults by unknown assailants inside their apartment. Although there was no sign of forced entry, an engagement ring, cash, credit cards, and a computer modem were stolen from the apartment. Sanders’ estate sued the defendant, a national company owning approximately one hundred properties, including the subject apartment complex, for failing to provide adequate security — e.g., the entrance security gate was inoperable — and warn residents of dangerous conditions and criminal acts.

The case proceeded to trial. Sanders’ estate came forward with evidence of twenty incidents on the premises of the apartment complex within the three-year period preceding the decedents’ deaths: one armed robbery of a female victim who was robbed at gunpoint while walking from her car to her apartment; one strong-armed robbery of a pizza delivery man (where three supposed non-tenants exited a car and stole pizza and money from the delivery man, without a weapon); one domestic violence forced entry (where an ex-boyfriend confronted an ex-girlfriend in the common area and forced her to unlock the door to her apartment); nine car thefts; one attempted car theft; one criminal mischief incident involving teenagers who damaged the complex’s property; one burglary of a dwelling (which may or may not have been occupied); and five burglaries (four involving unoccupied dwellings and one involving a dispute between tenants where one broke into the other’s apartment to gain possession of a phone). No notices were sent to the residents of the twenty criminal incidents.

The defendant moved for directed verdict, arguing that the plaintiff, by failing to establish how the assailants gained entry, had not established proximate cause of the murders. The trial court denied the motion. The jury found the defendant forty percent comparatively negligent, and awarded damages of 4.5 million dollars apportioned to various survivors of the decedents. The defendant moved for a new trial and a judgment notwithstanding the verdict, which the trial court denied. ERP appealed. While acknowledging there was evidence to support a breach of duty to provide adequate security, the 4th District Court of Appeal, in ERP Operating Ltd. Partnership v. Sanders, 96 So.3d 929 (Fla. 4th DCA 2012), reversed the trial court, deciding that “[w]ithout proof of how the assailants gained entry into the apartment, the plaintiff simply could not prove causation.”

The Florida Supreme Court reversed the 4th DCA, holding that the jury’s verdict must stand. The court compared and contrasted cases cited by both sides. While recognizing there can be situations where a directed verdict is warranted, the court decided that this case was not one of them. Instead, it noted that whether or not proximate causation exists is typically a question of fact to be decided by the jury, involving an inquiry into whether the respondent’s breach of duty foreseeably and substantially contributed to the plaintiff’s injuries. See McCain v. Fla. Power Corp., 593 So.2d 500, 502 (Fla.1992).

Sanders is an important case. First, it upholds the sanctity of the jury system. This jury spoke. The court said its voice should be heard. Moreover, by allowing the verdict to stand even though a key piece of the puzzle was missing — how the assailants gained entry — the court has signaled to landlords/property managers that much is expected of them with regard to security.