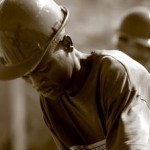 I have blogged often to express my displeasure and dismay with the slow and sometimes immediate erosion of benefits available to injured workers under Florida’s workers’ compensation system. This blog highlights one example.

The Florida Legislature enacted the state’s first “Workman’s” Compensation Act in 1935. While I have not done a case study of the Act and its changes from 1935, I can speak with authority on the subject from when I first became involved in the system in 1989: The quality and value of benefits available to Claimants have diminished dramatically to now.

Following a work-related industrial accident, an injured worker unable or limited in the ability to work is eligible for a category of lost wage benefits known as temporary disability benefits. Temporary benefits are paid during the healing period before the Claimant has reached the point of maximum medical improvement. See §440.02(10). In other words, they are temporary because they end once MMI is reached; MMI is always reached. Depending on her or his work status, or ability to work, a healing Claimant receives either temporary total disability (TTD) or temporary partial disability (TPD) benefits prior to MMI. (While TT and TP are not paid simultaneously, a Claimant can receive both over the healing process.)

… an employee who has sustained the loss of an arm, leg, hand, or foot, or within a reasonable medical certainty the anticipated permanent and total loss of use of such member … shall be paid temporary total disability of 80 percent of his average weekly wage … (e.s.) [italics added]

… an employee who has sustained the loss of an arm, leg, hand, or foot, has been rendered a paraplegic, paraparetic, quadriplegic, or quadriparetic, or has lost the sight of both eyes shall be paid temporary total disability of 80 percent of her or his average weekly wage …

The amendment eliminated enhanced TTD for injuries resulting in the effective loss of use of an extremity.

Injuries involving the effective loss of use of an extremity are not uncommon. We currently have two such workers’ compensation cases in our office.

For everyone, but especially folks struggling with serious injuries, an additional 14% in wages is meaningful. Other than a way for employers and their workers’ compensation insurance companies to save money, there is no rationale reason for the current law vs. the former version.

This steady march has caused many experts to argue that the workers’ compensation system, created as part of a grand bargain to benefit workers and employers, is no longer fair to injured workers. As benefits continue to erode, the voices in opposition will only get stronger.