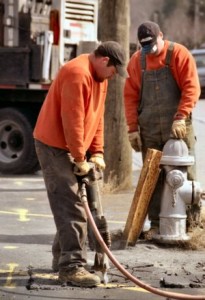 My first workers’ compensation trial involved having to prove that a herniated cervical spine intervertebral disc was work related. Our elderly female client had assembled mattresses in a warehouse for fifteen years. Once the assembly was complete, she was responsible for stacking them one on top of the other until she could reach no higher. The mattresses ranged in size from small to king size. The stacking was done manually and it was a strain to lift each mattress.

Over time, soreness turned into debilitating pain. When she could work no longer, I was hired. Because the disability occurred gradually, rather than from a sudden event, we fought for compensability under the theory of repetitive trauma.

We won, prevailing not only on compensability, but also on the issue of Permanent Total Disability. I’ve retained a fondness for repetitive trauma cases ever since.

With regard to the issue of compensability, we relied on Festa v. Teleflex, Inc., 382 So. 2d 122 (Fla. 1st DCA 1980). Festa crystalized the law on the subject, establishing that for a claimant to recover under the repetitive theory of accident, he must show 1) a series of occurrences, 2) the cumulative effect of which is injury or aggravation of a pre-existing condition and 3) that he has been subjected to a hazard greater than that to which the general public is exposed. Festa built on Victor Wine and Liquor, Inc. v. Beasley, 141 So.2d 581, 588 (Fla. 1962) and Worden v. Pratt & Whitney Aircraft, 256 So.2d 209 (Fla.1971) (the Florida Supreme Court stated, “The accidental nature of an injury is not altered by the fact that, instead of a single occurrence, the injury is the cumulated effect of a series of occurrences.” Id. at 210.)

Cumulative Effect. Requires medical evidence. The Festa court concluded that “[t]he medical testimony established the requisite causal connection.” In Daugherty, the claimant’s doctor “testified that it was his opinion the appellant’s condition deteriorated during the period from March 1986 through September 1986 and that the most probable and logical cause of her condition was the repeated lifting of heavy trays during appellant’s work at Red Lobster.” The proof standard for this element is really no different than what is required in establishing cause and effect in personal injury cases and workers’ compensation cases involving sudden accidents.

Greater Hazard. The “greater hazard” prong of the Festa test does not require a claimant to show that he or she was subjected to a condition unique to his employment, but rather that his workplace exposure to that condition is materially in excess of that undergone by the general public. See, e.g., City of Miami v. Tomberlin, 492 So.2d 433 (Fla. 1st DCA 1986) (“hazard” prong met by showing of regular exposure to common but excessive downtown noise and air pollution). In Festa, the Claimant’s job required a twisting and turning action of the wrist while exerting 30-40 lbs. of pressure throughout the workshift. This satisfied the greater hazard prong. In Daugherty, the prong was satisfied with evidence that the Claimant, a waitress, placed all the meals for one order on a circular tray, approximately three feet in diameter, and carried that tray above her head with one arm. She would then, by twisting and turning her body, place the tray on a tray jack and serve the customers from the tray. Her back injury was found compensable. Orlando Precast Prods. v. Ciofalo, 501 So.2d 1326 (Fla. 1st DCA 1986). Truck driver was required to lift heavy hoses daily and was repeatedly bounced while sitting in the cab when driving; Sewell v. J.C. Penney, 569 So. 2d 1335 (Fla. 1st DCA 1990. C-5, 6 disc syndrome with radiculitis, and thoracic outlet syndrome caused from standing on a hard floor with her arms and hands consistently raised above shoulder level in a “very” cold environment, satisfied Festa; Tice v. Albertson’s, 940 So. 2d 1253 (Fla. 1st DCA 2006). A claim for repeated trauma was established from the claimant’s use of a meat slicer while working in the employer’s deli. Interestingly, in Sewell v. J.C. Penney, 569 So. 2d 1335 (Fla 1st DCA 1990), the District Court, in reversing the workers’ compensation judge, seems to have taken judicial notice, without medical testimony, that a particular hazard was greater than that to which the general public is exposed.

In 1992, the Florida Supreme Court expressed a viewpoint on circumstances where the deleterious condition exacerbated or aggravated an existing defect.

“In order for a pre-existing condition to be compensable, it must be exacerbated by some nonroutine, job-related physical exertion, or by some form of repeated physical trauma.” University of Florida v. Massie, 602, So. 2d 516, 524 (Fla. 1992).

Some lawyers believe Massie modifies Festa. I do not. The “repeated physical trauma” language above quoted falls squarely within Festa. Moreover, it is clear from a careful reading of the long opinion that its focus is on preventing mental stress alone as forming the basis of compensability regarding aggravation of an underlying defect. Some level of connected physical trauma is required.

In our mattress case, we satisfied the Festa prongs as follows:

Cumulative Effect. Our client had no prior accidents or injuries, and her treating doctor, a board certified orthopedist, opined that, absent any other more likely explanation, the job related duties were the cause of the cervical disc herniation within a reasonable degree of medical certainty.

Greater Hazard. Our client, who had picked cotton in the field years before, testified that the warehouse job was the most difficult she had ever performed, including picking cotton, and our employment expert testified that her duties were materially in excess of that undergone by the general public. (While Sewell v. J.C. Penney, 569 So. 2d 1335 (Fla 1st DCA 1990) may have allowed us to prevail on this issue without expert testimony, we decided not to take a chance.).