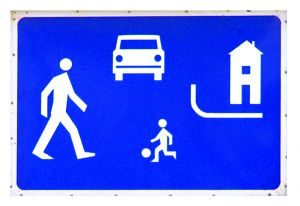 In response to a Complaint we recently filed involving a serious crash on Florida’s Turnpike, the Defendant asserted as an affirmative defense that our client, the Plaintiff, should not recover because she had the “last clear chance” to avoid the accident.

In the many personal injury cases our firm has handled, this is the first time we have had this doctrine asserted. We had to do legal research to understand, what, if anything, it meant in our case. What we learned is that the doctrine has not been applicable in Florida personal injury cases since 1973. Moreover, when it did apply years ago it was always used by Plaintiffs against Defendants, not by Defendants against Plaintiffs. Hence, the affirmative defense in our case is hogwash.

Prior to the Florida Supreme Court’s holding in Hoffman v. Jones, 280 So.2d 431 (Fla., 1973), Florida was a contributory negligence jurisdiction. Hoffman turned Florida into a comparative negligence (or fault) jurisdiction.

Louisville and Nashville Railroad Co. v. Yniestra, 21 Fla. 700 (1886) established contributory negligence as the law in Florida. It was uniformly followed by the courts of the State until Hoffman. The rule provided that, notwithstanding a person being guilty of a negligent act from which injury results to another, if the party injured has by her own negligence contributed to her receiving the injury, she cannot recover damages from the other party for such injury. This means that a party at fault to any degree, even just 1%, is completely barred from recovering against anyone.

The rule not only barred injured parties from being compensated for losses, it allowed at-fault parties to walk away without suffering any consequences.

Nevertheless, until Hoffman efforts to dislodge the rule as the law of the land failed. For example, the Florida Legislature addressed the problem in 1943, when a comparative negligence statute of general application was passed by both houses. Unfortunately, the bill was vetoed by the Governor and the Legislature would not override the veto.

This did not stop the courts from devising other tort law doctrines in an effort to ameliorate the harshness of contributory negligence such as “last clear chance,”  “gross, willful, and wanton” negligence, and the application of absolute liability in certain instances. These doctrines allowed a Plaintiff to recover damages even if partly at fault for his or her own injuries. However, their elements were often difficult to meet.

While these factors can be relevant in a comparative fault analysis, they do not hold the make-or-break importance as under contributory fault. The difference is that “contributory negligence” completely bars, while the “comparative negligence” theory is that a plaintiff is prevented from recovering only that proportion of his damages for which he is responsible.