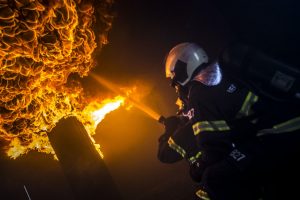 In City of Jacksonville v. Ratliff, 217 So. 3d 183 (Fla. 1st DCE 2017), a firefighter with a pre-existing history of diabetes, high cholesterol, prior history of smoking, and a family history of early onset CAD – blocked arteries (CAD – coronary artery disease) caused by the build-up of plaque – among other pre-existing factors, suffered a myocardial infarction (another term for heart attack) after a stressful meeting at work. The myocardial infarction resulted from the rupture of the plaque.

The Employer/Carrier (E/C) presented uncontroverted evidence that the CAD was caused by preexisting factors unrelated to work. Nevertheless, the Judge of Compensation Claims (JCC) awarded compensation and related medical treatment for the myocardial infarction under the “heart-lung” statute, section 112.18, Florida Statutes. E/C appealed. The First DCA affirmed the JCC’s decision.

The Claimant asserted compensability of the heart condition on a “presumption only” basis; or in other words, the Claimant had no medical evidence of occupational causation and relied solely on the presumption of the “heart-lung” statute. To rebut the presumption, E/C faced only the threshold rebuttal burden of presenting competent evidence, rather than clear and convincing evidence, that the disease was not work related. This required E/C to provide evidence that a single factor, or multiple factors, wholly combined, causing the CAD were non-industrial in nature.  Punsky v. Clay Cty. Sheriff’s Office, 18 So.3d 577 at 583 (Fla. 1st DCA) (on rehearing en banc); Fuller v. Okaloosa Corr. Inst., 22 So.3d 803, 806 (Fla. 1st DCA 2009).

E/C met its burden. Even still, it was held responsible for Claimant’s heart attack.

The Court explained that when a congenital or underlying condition combines with a “trigger” – in Ratliff, the plaque rupture – to cause the disabling condition, a two-tiered rebuttal analysis is required. Under this analysis, not only must E/C satisfy its rebuttal standard by introducing competent evidence that the causative factors of the Claimant’s CAD were non-work-related, which it did, it must also overcome the presumption of the “trigger.” In other words, once the Claimant satisfies the pre-requisites of section 112.18, achieving a favorable presumption, E/C is burdened with showing not only that the pre-disposing condition is not work related, but also that the triggering event is not work related. E/C failed to rebut the triggering event presumption.

Neither side was able to present competent and substantial evidence as to what triggered the plaque rupture. Both medical experts agreed that the etiology for the plaque rupture was unknown. One expert agreed that the stress of the heated work meeting could have caused high blood pressure, which resulted in the plaque rupture (manifesting as chest pain during the meeting). However, this was speculation. Both medical experts testified that it was not possible, within a reasonable degree of medical certainty, to determine the cause of the “trigger,” but the stress from the meeting could have been a possible cause.

However, because Claimant, by having satisfied the prerequisites of section 112.18(1), secured the favorable presumption, there was no requirement on his part to put on further proof meeting the requirements of section 440.151, Florida Statutes, as it relates to a “trigger.” See Walters v. State of Fl., 100 So.3d 1173, 1176 (Fla. 1st DCA 2012). Since E/C failed to satisfy its rebuttal burden with respect to the second-tier, Claimant’s condition was found compensable.