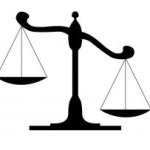 Florida has five district courts of appeal. These courts are charged with reviewing rulings and outcomes arising in lower tribunals. Above these courts sits the Florida Supreme Court. This court reviews decisions issued by the five lower courts of appeal.

Florida workers’ compensation cases are governed by Chapter 440 of Florida’s Statutes and case law. Workers litigate their claims before non-Article V judges, known as judges of compensation claims (JCC). The jury system is closed to workers’ compensation litigants. Moreover, there is a requirement that all appeals from final orders of the JCCs be heard by the First District Court of Appeal to the exclusion of the other four district courts of appeal. (Second; Third; Fourth; Fifth.)

The upshot of the First DCA requirement in workers’ compensation cases is that it precludes conflict jurisdiction as a path to the Florida Supreme Court. Since getting to the Florida Supreme Court by methods (2)-(4) is relatively rare, the practical impact of the requirement is that the First DCA is the final word in most workers’ compensation cases.