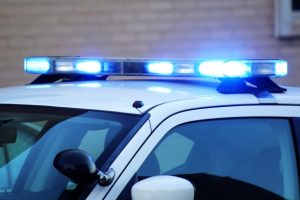 In 1989 the statute was changed by deleting (1) the term “privilege,” (2) the language making the information confidential, and (3) the language prohibiting its disclosure outside of the Department. See ch. 89-271, § 2, Laws of Fla. “By deleting this language, the legislature clearly intended to change the statute from a true privilege to a law of admissibility. Indeed, the legislative history provides that the statute was amended “to make it clear that statements made to an officer by a person involved in an accident shall not be admissible in court but shall otherwise be public record.” Fla. H.R. Comm. on Govtl. Ops., PCB GO 89-4 (1989) Staff Analysis 4 (Mar. 31, 1989).” Anderson v. Mitchell, 219 WL 1296458 (Fla. 2nd DCA 2019).

The 2019 version of the statute remains true to the purposes of the 1989 version. In pertinent part, it reads as follows:

(4) Except as specified in this subsection, each crash report made by a person involved in a crash and any statement made by such person to a law enforcement officer for the purpose of completing a crash report required by this section shall be without prejudice to the individual so reporting. Such report or statement may not be used as evidence in any trial, civil or criminal.

Despite these mischaracterizations of the statute and the lack of a definitive decision from the Florida Supreme Court opinion setting the record straight, it is fairly certain that Section 316.066(4), Florida Statutes (2019) does not establish a true privilege precluding the disclosure of statements made by individuals involved in the accident for the purpose of completing a crash report; rather, it is a law of admissibility precluding the use of these statements at trial.

In Anderson, supra, plaintiff’s attorney attempted during depositions to question defendant Anderson, his passenger wife, and the investigating law enforcement officer about statements made to the officer at the accident scene. Citing Section 316.066(4), Florida Statutes (2019), Anderson’s lawyer instructed them not to answer the questions, and the witnesses refused to answer the questions. On certiorari review — “[R]eview by certiorari is appropriate when a discovery order departs from the essential requirements of law, causing material injury to a petitioner throughout the remainder of the proceedings below and effectively leaving no adequate remedy on appeal.” Allstate Ins. Co. v. Langston, 655 So. 2d 91, 94 (Fla. 1995). Certiorari review is appropriate in cases permitting the discovery of privileged information because “there is `no remedy for the destruction of the privilege available on direct appeal.'” Harborside Healthcare, LLC v. Jacobson, 222 So. 3d 612, 615 (Fla. 2d DCA 2017) (quoting Coates v. Akerman, Senterfitt & Eidson, P.A., 940 So. 2d 504, 506 (Fla. 2d DCA 2006)) — the Second District Court of Appeal reversed the lower court ruling, deciding that while the statute precluded admissibility of the statements at trial, it did not create a privilege against addressing the statements during discovery.

The court supported its conclusion by considering the plain language of the statute and by comparing it against statutes unquestionably designed to create privileges. With regard to the latter point, the court wrote:

The legislature has created true privileges by expressly using the term “privilege,” making the information confidential, and prohibiting its disclosure. For example, the statute creating the attorney-client privilege provides, “A client has a privilege to refuse to disclose, and to prevent any other person from disclosing, the contents of confidential communications when such other person learned of the communications because they were made in the rendition of legal services to the client.” § 90.502(2), Fla. Stat. (2017) (emphasis added); see also §§ 90.503(2) (using the same key terms to establish the psychotherapist-patient privilege), .504(1) (using analogous key terms to create the spousal privilege).

The appeal court further discussed how use of the statements in the discovery process was sanctioned, pointing to the instruction in Fla. R. Civ. P. 1.280(b)(1) that parties are entitled to “discovery regarding any matter, not privileged, that is relevant to the subject matter of the pending action,” and that “[i]t is not ground for objection that the information sought will be inadmissible at the trial if the information sought appears reasonably calculated to lead to the discovery of admissible evidence.” Id.

Bottom line: While inadmissible, “each crash report made by a person involved in a crash and any statement made by such person to a law enforcement officer for the purpose of completing a crash report,” is discoverable.

Not all statements made and information gathered at the crash scene are inadmissible.

In Perez v. State, 630 So. 2d 1231 (Fla. 2d DCA 1994), the car Peter Perez was driving collided with a truck and the driver was severely injured. Perez, a deputy with the Hillsborough County Sheriff’s Office, had been drinking that night and upon exiting his car simply stated to the officer who had arrived at the scene, “I’m a deputy sheriff and I fucked up.” The statement was used against him to achieve a criminal conviction for injuring a person while driving under the influence of alcohol. Perez sought to suppress his spontaneous utterance. The trial court rejected his contention reasoning that the declaration was not a response to a specific investigatory inquiry. The Second DCA confirmed his conviction.

In Alexander v. Penske Logistics, Inc., 867 So. 2d 418, 420 (Fla. 3d DCA 2003), the investigating officer was allowed to testify as an accident reconstruction expert as to the cause of the accident. While most of the trooper’s work was based on physical measurements at the accident scene, he also conducted a post-Miranda interview of the truck driver whose vehicle struck another vehicle resulting in the death of the driver. The decedent’s estate brought suit against the truck driver’s employer. A defense verdict was rendered. On appeal, the estate argued that the interview with the truck driver was privileged under the accident report privilege, and that any expert opinion based thereon would be subject to exclusion under the accident report privilege. Citing State v. Marshall, 695 So.2d 686 (Fla.1997), the appeal court found the argument to be mistaken. The pertinent Marshall langugage:

To clarify our decision, we emphasize that the privilege granted under section 316.066 is applicable if no Miranda warnings are given. Further, if a law enforcement officer gives any indication to a defendant that he or she must respond to questions concerning the investigation of an accident, there must be an express statement by the law enforcement official to the defendant that “this is now a criminal investigation,” followed immediately by Miranda warnings, before any statement by the defendant may be admitted.