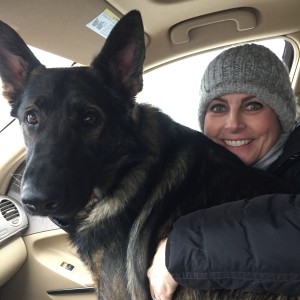 In a state (Florida) that does not require motorists to maintain Bodily Injury (BI) insurance, having Uninsured Motorist (UM)/Underinsured Motorist (UIM) coverage, within the prescripts of Florida Statute 627.727, is the best protection against uninsured/underinsured drivers. Per 627.727(1), UM/UIM is designed

“for the protection of persons insured thereunder who are legally entitled to recover damages from owners or operators of uninsured motor vehicles because of bodily injury, sickness, or disease, including death, resulting therefrom.”

We were recently contacted by a woman who sustained severe injuries from striking a tree after swerving to avoid hitting a dog. She had UM/UIM insurance, but because the dog, of course, was not operating an uninsured or underinsured motor vehicle, the coverage was not triggered. By contrast, had the woman swerved to avoid colliding with a so-called phantom vehicle which had cut her off, the prerequisite for UM coverage would have been met.

These are straightforward examples. Some are not.

In Niglio v. Omaha Property & Casualty, 679 So. 2d 323 (Fla. 4th DCA 1996), the insured who was injured in a drive by shooting was denied UM because it did not arise out of ownership, maintenance or use of automobile. The court relied on the third prong of the analysis contained in Appleman, Insurance Law and Practice, cited with approval by the Florida Supreme Court in Race v. Nationwide Mutual Fire Ins. Co., 542 So.2d 347, 349 (Fla.1989).

(While the Appleman analysis came in the context of bodily injury insurance, the Race court felt it applied equally to UM.)

In comparison, in Valdes v. Smalley, 303 So. 2d 342 (Fla. 3rd DCA 1974), bodily injury coverage was extended for the death of a pedestrian struck by a bottle thrown from a moving vehicle. The foundation for the court’s holding and the distinction from the drive-by shooting in Niglio, is that the speed of the moving vehicle greatly contributed to the velocity of the bottle. Given that the use of a vehicle is the gravamen of the drive-by shooting, the distinction may seem tenuous, a demonstration of the hair-splitting done in these cases.

For example, in Reynolds v. Allstate, 400 So. 2d 496 (Fla. 5th DCA 1981), UM was denied to the insured who was knocked unconscious and then thrown from his car by an assailant, because it was not alleged that the vehicle was moving at the time he was thrown from it. As in Valdes, had it been shown that the car was moving and such was the proximate cause of the complained of injuries, coverage may have been extended.

These cases demonstrate the fickle nature of extending UM (and BI) coverage in unusual circumstances. Numerous other cases address the issue.