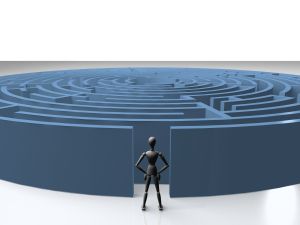 The Florida Legislature has defined a medical negligence claim as one “arising out of the rendering of, or the failure to render, medical care or services.” § 766.106(1)(a), Fla. Stat. (2020).  If a negligence claim meets the definition, the plaintiff is subjected to the “onerous presuit requirements and restrictions of the medical malpractice statutory scheme.” The National Deaf Academy, LLC v. Townes, 242 So.3d 303, 303 (Fla. 2018).

In Townes, a case handled by my brother-in-law Sean Domnick, the plaintiff, a resident of Defendant National Deaf Academy, a facility that offered schooling and residential medical treatment for deaf, hard of hearing, and autistic individuals suffering from psychiatric and behavioral disorders, was injured while being restrained by staff using a Therapeutic Aggression Control Techniques (“TACT”) protective hold. The Florida Supreme Court sided with the plaintiff in deciding that her allegations sounded in ordinary negligence rather than medical negligence.

Recognizing the importance of the issue, the Court explained the legal underpinnings of its ruling. It noted the twofold inquiry set forth in Silva v. Southwest Florida Blood Bank, Inc., 601 So.2d 1184 (Fla. 1992) to determine if a claim sounds in medical malpractice:  “(1) whether the action arose out of `medical . . . diagnosis, treatment, or care,’ and (2) whether such diagnosis, treatment, or care was rendered by a `provider of health care.'” Id. at 1186 (alteration in original). And it agreed with two lower court rulings which said the same thing in different words: For a claim to sound in medical malpractice, the wrongful act from which the injury arises

Not all examples are as simple as the two cited above. Townes, itself, involved an intricate set of facts containing a blend of medical and non-medical related issues. In fact, the trial court dismissed the case, agreeing with the defendant’s argument that the allegations sounded in medical negligence. On appeal, defendant argued that the Court should follow the holding in Shands Teaching Hospital & Clinics, Inc. v. Estate of Lawson, 175 So.3d 327 (Fla. 1st DCA 2015), another case with a mixed set of medical and non-medical factors.

Shands involved a patient who was able to escape from the locked unit at a psychiatric hospital. She was eventually struck by a car and killed. Her estate sued. The First DCA held that the estate’s claim sounded in medical malpractice. While the Shands case did not reach the Supreme Court, the Court did have this to say about the case once it had a shot in the Townes decision:

We disagree with the First District’s analysis in Shands. While it is true that the hospital failed to confine the patient to her locked unit, the estate’s claim arose out of the hospital employee leaving her badge and keys unattended where the patient could access them, not out of any act directly related to medical care or services that required the use of professional judgment or skill. Thus, contrary to the First District’s conclusion, medical expert testimony on the professional standard of care would not be necessary for the estate to prove its negligence claim. Id. at 332-33.

Construing what constitutes medical malpractice as broadly as the First District did in Shands would render essentially any claim arising out of a negligent act by a health care provider subject to the onerous presuit requirements in chapter 766 and the shortened statute of limitations for medical malpractice claims.

Between ordinary negligence and medical malpractice, practitioners must take great care in choosing which cause of action to pursue. In close calls and where possible — i.e., the statute of limitation may have run on the med mal case — it may be advisable to pursue both. While the medical malpractice aspect will add time and expense to the equation, it may also add a certain level of peace of mind. Choose wisely.