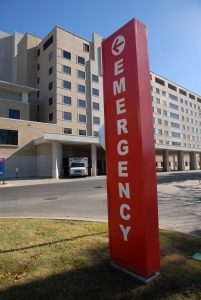 Hospital liens have been the bane of every Florida personal injury lawyer’s existence. Perhaps no longer.

An enforceable lien is the right to receive a monetary payment from a person or entity, known as a third party, to satisfy a particular debt. In the matter of personal injury cases, the  source is the party responsible for causing the damages, the at-fault party, and in most instances the money comes from that party’s liability insurance policy.

Hospital liens, both for public and private institutions, are created by special laws or ordinances. With rare exception, they provide that the facility gets paid in full before anyone else can make a claim to the money, including the injured party and his/her attorneys.

Hospital bills are typically large, oftentimes resulting in a significant portion of the third party proceeds being siphoned off to satisfy the lien. In some instances, the gap between what is owed and what is available is so wide there is little point in bothering to settle the case. In that situation, the defendant gets away with paying nothing.

Some institutions operate from the common sense perspective that getting something is better than getting nothing. These institutions are willing to negotiate their bills, but because they hold the upper hand they still drive hard bargains.

By way of what could be an early 2018 Christmas gift, that leverage may be gone.

In Lee Memorial Health System v. Progressive Select Ins. Co. (Fla. Supreme Court; Dec. 20, 2018), a lien law was put to the test. This case arose from an automobile accident in which a gentleman was struck by a car and was injured. LMHS provided hospital services related to his injuries during two periods, for which it recorded lien claims totaling $84,199.99. The lien law on which it relied provides as follows:

Lee Memorial Health System shall be entitled to a lien for all reasonable charges for hospital, physician, or other health care services provided by the Lee Memorial Health System to ill or injured persons, upon the proceeds of all causes of action, suits, claims, counterclaims, and demands accruing to said persons or to their legal representatives, and upon all judgments, settlements, and settlement agreements rendered or entered into by virtue thereof, on account of injuries giving rise to such causes of action, suits, claims, counterclaims, demands, judgments, settlements, or settlement agreements, which injuries shall have necessitated such hospital, physician, and other services provided to such ill or injured persons. . .

The driver of the car who caused the accident had a limit of $10,000 in bodily injury insurance coverage with Progressive Insurance Company. Progressive tendered the $10,000 to the victim instead of honoring LMHS’s lien. LMHS turned around and sued Progressive for the impairment of the two liens it filed.

The trial court held that LHMS’s Lien Law improperly permitted the creation of a lien based on a private contract in violation of the Florida Constitution. In other words, the law was unconstitutional. LHMS appealed to the District Court of Appeal of Florida, Second District, where it again lost. It then took its final shot, with the Florida Supreme Court. The Supreme Court affirmed the lower courts, agreeing that the Lien Law ran afoul of constitutional provision article III, section 11(a)(9), which provides in pertinent part as follows:

There shall be no special law or general law of local application pertaining to . . . creation, enforcement, extension or impairment of liens based on private contracts . . . .

Because of the potential magnitude of this decision, I am not yet prepared to declare definitively that it means what it appears to mean. I will need time to ruminate and discuss the decision with my brethren before I get there. That said, the holding does appear to be straight forward and clear cut. Time will tell.

If it does mean what I think, for all practical purposes it is beyond reversal. The only option is to amend the Florida Constitution. This is a difficult two-step process, concluding with the proposed amendment needing the approval of 60% or more of Florida voters. IMHO, it is exceedingly unlikely that educated Florida voters will agree to give hospitals such a powerful lien.

While hospital bills will remain due, without lien protection facilities must resort to breach of contract actions to collect. Not only are there defenses to such actions, the facilities cannot freeze the third party funds pending the outcome of the lawsuit. Because of their weakened positions, facilities will be more agreeable to cutting friendly deals. Given the tendency of hospitals to price gouge, this is due justice.