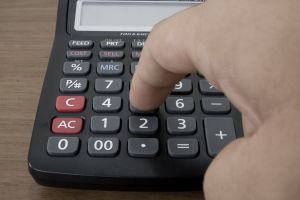 The Florida Legislature meets yearly in Tallahassee, the State’s Capitol, to craft new legislation during a two month session. In an annual tradition, Republican legislators set its sights on reducing the quantity and quality of workers’ compensation benefits available to injured workers. Since 2016, those legislators have been unable to argue that workers’ compensation insurance premiums are on the rise.

As in recent years past, the National Council on Compensation Insurance, Inc. (“NCCI”), a rating organization authorized to make rate filings on behalf of workers’ compensation insurance companies in Florida pursuant to Section 627.091(4), Florida Statutes, has proposed a decrease in the overall rate level on new and renewal policies. On August 27, 2020, it proposed a 5.7% reduction to the Florida Office of Insurance Regulation. Following a review of the data and public comments, the Office of Insurance Regulation ordered a 6.6% reduction, a difference of nearly 14%. The reduction shall become effective January 1, 2021.

Despite this good news, Republican legislators are still expected to challenge the rights of injured workers. One of their favorite tactics is to prevent lawyers who represent injured employees from being reasonably compensated for their efforts. With the help of then Governor Jeb Bush, this goal was accomplished in 2002. It took 13 years for the Claimant’s bar to level the playing field.

In Castellanos v. Next Door Company, (Fla. 2016), the Florida Supreme Court declared the legislation unconstitutional. (To be completely accurate, the legislation declared unconstitutional was enacted in 2009, in response to a 2008 Florida Supreme Court case, Murray v. Mariner Health and Ace USA, 994 So.2d 1051 (Fla.2008). However, if it wasn’t for the 2002 legislation, the 2009 legislation would never have come into being.) In Castellanos, the Claimant’s attorney, who was successful in trial at securing lost wages for his client, was awarded a fee of $164.01 for 107.2 hours of work, amounting to an hourly rate of $1.53! Since those very same legislators never thought of limiting defense attorney fees, the insurance carrier paid its losing attorney upwards of $20,000.00. Here is further evidence, in appellate cases, of how the law was designed to hamstring Claimants’ attorneys. Hundreds of other cases were similarly effected without being appealed:

Republican legislators know that given the complexity of Florida’s workers’ compensation system, a claimant proceeding “without the aid of competent counsel” is as “helpless as a turtle on its back.” Davis v. Keeto, Inc., 463 So. 2d 368, 371 (Fla. 1st DCA 1985) (quoting Neylon v. Ford Motor Co., 99 A.2d 664, 665 (N.J. Super. Ct. App. Div. 1953), and that allowing a claimant to “engage competent legal assistance” not only evens the playing field but it actually “discourages the carrier from unnecessarily resisting claims” and encourages attorneys to undertake representation in non-frivolous claims, “realizing that a reasonable fee will be paid for [their] labor.” Ohio Cas. Grp. v. Parrish, 350 So. 2d 466, 470 (Fla. 1977).

In all fairness, a handful of current Republican legislators disapprove of tilted playing fields. Unfortunately, a majority of their colleagues do not feel the same way. Thankfully, that group will not be able to point to increasing insurance premiums as an excuse for barring relief to injured workers.