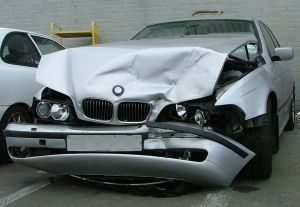 With few exceptions, section 440.11, Florida Statutes grants immunity from tort liability to employers and the co-employees of Florida workers injured in the course and scope of their employment. In most cases, the doctrine precludes relief outside of the workers’ compensation system.

It is not uncommon for employers to use such dangerous instrumentalities in the workplace that are owned by others. This raises the question of whether the owner of a dangerous instrumentality shares the same immunity as employers and co-employees. In Smith v. Ryder Truck Rentals, Inc., 182 So.2d 422 (Fla. 1966), workers’ compensation immunity was extended to Ryder, the owner of two motorcycles involved in a crash that were leased to the employer. The Florida Supreme Court declared that the motorcycles in effect had become working tools of the employer, much like a fellow employee. Smith was subsequently relied on by the Supreme Court in Halifax Paving, Inc. v. Scott & Jobalia Const. Co., 565 So. 2d 1346 (Fla., 1990), to extend immunity to the owner of a crane who merely loaned the equipment to the employer as a matter of courtesy.

Interestingly, for an instrument to be considered a dangerous instrumentality, it must pose a sufficient danger to the public. In Northern Trust Bank of Florida v. Construction Equipment International Inc., a construction worker was killed instantly by a crane owned by Construction Equipment International. The decedent’s representatives pursued tort liability against the owner based on the dangerous instrumentality doctrine. The trial court entered a directed verdict in favor of CEI. The ruling was affirmed on appeal based on the following reasoning:

The crane in this case does not fall within the dangerous instrumentality doctrine because the crane was in use for construction, did not pose a sufficient danger to the public, was generally fenced and not exposed to the general public, and was not used as a motor vehicle or commonly found on the highways at the time of the accident.

If the dangerous instrumentality doctrine does not apply, the instrument owner does not need workers’ compensation immunity to avoid tort liability under the doctrine. However, the owner may still be liable for negligence.

These issues recently came to my attention as the result of a conversation with a fellow lawyer who called me to discuss co-employee immunity. He represents a person who was severely injured in a motor vehicle crash caused by a co-worker, and was wondering if the co-worker driver could be sued for tort liability. I directed him to section 440.11, Florida Statutes. He confirmed the statute’s application by finding the case of Abraham v. Dzafic, 666 So.2d 232 (Fla. 2nd DCA 1995), but then emailed shortly thereafter believing he had found a way around the immunity since the motor vehicle was owned by someone other than the negligent driver.

This prompted me to research further and write this blog. However, since I don’t know the particulars of my friend’s case and haven’t researched the issue exhaustively, I cannot say whether or not the Smith doctrine applies. If, for example, the vehicle was for personal use rather than business use, and just happened to be loaned on that particular occasion to the operator to cover a situation, workers’ compensation immunity may not apply.