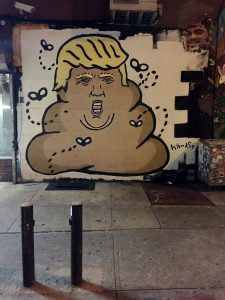 Americans are about to learn in detail that Trump and Putin colluded on a massive scale to dupe American voters. So far, we’ve only seen the tip of the proverbial iceberg.

END_OF_DOCUMENT_TOKEN_TO_BE_REPLACED 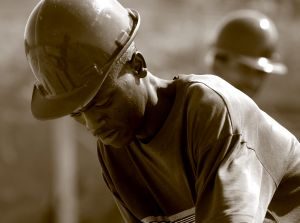 Per section 440.15(4), Florida Statues, Temporary Partial Disability (TPD) benefits are due “if the medical conditions resulting from the accident create restrictions on the injured employee’s ability to return to work … or an employee returns to work with the restrictions resulting from the accident and is earning wages less than 80 percent of the preinjury average weekly wage.” Does this provision allow an injured worker who has left a job to relocate to a different city or state, to receive TPD? The answer depends on the motivation of the worker for leaving the job.

In Stewart v. CRS Rinker Materials Corp., 855 So.2d 1173 (Fla. 1st DCA 2003), the Claimant left a modified duty job following an industrial accident and relocated to Pensacola because he and his wife were having marital problems and he thought he needed “to be with his family, be back home with [his] mom.” (His wife confirmed this testimony.) While in Pensacola he tried without success, due to his industrial injuries, to maintain a job. Two months later he returned to the job he had left. He also filed a claim for workers’ compensation TPD benefits for the period of time he was in Pensacola.

The workers’ compensation carrier denied the claim for TPD, contending that Claimant voluntarily limited his income. The Judge of Compensation Claims (JCC) agreed, finding that Claimant’s loss of earnings after his employment with the city of Pensacola and before returning to work was “not the result of an injury related disability, but rather the result of his voluntary hiatus from the job he ultimately returned to.” Claimant appealed the JCC’s decision.

END_OF_DOCUMENT_TOKEN_TO_BE_REPLACED

Trials are supposed to be on the issues of the case without distraction or prejudice from unrelated matters. This principle has given rise in Florida courts to longstanding jurisprudence that the mention of liability insurance in liability cases is strictly prohibited — exception: when the insured party opens the door. The principle, founded on the idea that knowing of insurance will lead jurors to be more liberal — “The long-standing purpose of excluding improper references [to] a defendant’s insurance coverage in civil proceedings is to preclude jurors from affixing liability where none otherwise exists or to arrive at excessive amounts [of damages] through sympathy for the injured party with the thought that the burden would not have to be borne by the defendant.” Melara v. Cicione, 712 So. 2d 429, 431 (Fla. 3d DCA 1998) (citing Carls Mkts., Inc. v. Meyer, 69 So. 2d 789, 793 (Fla. 1953)). — is all well and good except when it bumps against the practical realities of actual trials.

In personal injury cases, the defendant usually has liability insurance. The defense lawyers are paid by the insurance companies as are the experts testifying for the defense side.

END_OF_DOCUMENT_TOKEN_TO_BE_REPLACED 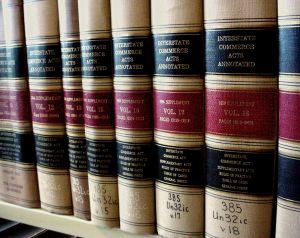 In Giraldo v. AHCA, the Florida Supreme Court addressed the vexing question regarding whether the Agency for Health Care Administration (AHCA) may lien the future medical expenses portion of a Florida Medicaid recipient’s tort recovery. In an opinion favoring individuals who have sustained personal injuries through the fault of third parties, the court held that federal law allows AHCA to lien only the past medical expenses portion of a Medicaid beneficiary’s third-party tort recovery to satisfy its Medicaid lien.

Medicaid will sometimes pay the medical expenses of a Medicaid recipient who has been harmed through the negligence of a third party. In some cases, the payments are extremely sizeable. (In Giraldo, for example, Florida’s Medicaid program (administered by AHCA) paid $322,222.27 for the victim’s medical care.) Where the victim is compensated by the third party for his or her damages, either through a settlement or a court judgment, Medicaid may recoup from the victim some or all of its payments. The recovery formula is set forth in section 440.910(11)(f), Florida Statutes. Giraldo addressed Medicaid’s lien rights.

END_OF_DOCUMENT_TOKEN_TO_BE_REPLACED 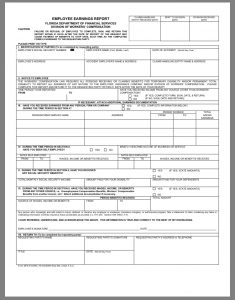 By demonstrating that particular physical restrictions are responsible for lost wages or lack of employment, an employee with functional limitations less than a total disability may be eligible for temporary partial disability benefits (TPD) pursuant to section 440.15(4), Florida Statutes.

The claims-handling entity may impose a further burden by requiring the injured employee to complete, sign, and return Form DFS-F2-DWC-19 within 21 days after receiving it to report all earnings of any nature, including all social security benefits.

END_OF_DOCUMENT_TOKEN_TO_BE_REPLACED 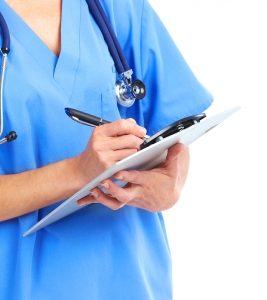 Nothing is more important to a workers’ compensation claimant than being under the care of a fair-minded doctor. Unfortunately, realizing this fundamental right under Florida’s workers’ compensation system can be elusive. This is because Florida law offers employers/workers’ compensation insurance companies (E/C) the opportunity to select all of the injured worker’s treating doctors, 440.13, Florida Statutes (2017), and most of these providers, knowing better than to bite the hand that feeds them, willingly render opinions favorable to carriers. Unwilling providers need not apply.

If the opportunity is properly exercised, the E/C can maintain control of the worker’s medical care throughout the duration of the case. The opportunity can be lost.

Section 440.13(f) requires carriers to give employees the opportunity for one change of physician during the course of treatment for any one accident. If the carrier fails to provide the change of physician within 5 days after the request is made in writing (which includes a Petition for Benefits, see Gadol v. Masoret Yehudit, Inc., 132 So.3d 939 (Fla. 1st DCA 939), and email), the employee may select the physician and such physician shall be considered authorized if the treatment being provided is compensable and medically necessary. 440.13(f) and Zekanovic v. American II, Corp., 208 So. 3d 851 (Fla. 1st DCA 2017).

END_OF_DOCUMENT_TOKEN_TO_BE_REPLACED

Some of our social media postings:

Trump and the Vietnam War

END_OF_DOCUMENT_TOKEN_TO_BE_REPLACED

The following are some of our posts to social media:

At the Parkland town hall, Rubio says that the NRA gives him money because it supports his agenda rather than the NRA giving him money to support its agenda. Either way, this means that Rubio supports the NRA agenda. Oy vey!

END_OF_DOCUMENT_TOKEN_TO_BE_REPLACED 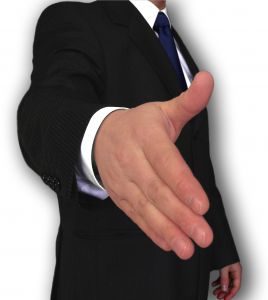 Various Florida statutes require court approval of wrongful death settlements and settlements involving minors (if the amounts received in the aggregate exceed $15,000; See Section 744.301(2), Florida Statutes (2017)). Does this mean that settlements in these situations cannot be negotiated to resolution by the parties without first obtaining court approval? The answer is that the parties can come to a binding agreement before presenting the deal to the court, with the understanding, however, that if the court rejects deal, the parties are unbound.

Berges v. Infinity Insurance Company, 896 So.2d 665 (Fla, 2004) is the leading case on the subject. It involved the wrongful death of a wife/mother and serious personal injuries to her minor child. After the surviving spouse/natural father of the minor child rejected the carrier’s late tender of its $10,000/$20,000 policy limits, the case proceeded to trial on the wrongful death claim and the personal injury claim. The jury returned a $911,400 verdict in favor of the estate on the wrongful death claim and a $500,000 verdict on the personal injury claim involving the minor. As a result of these combined verdicts, on the theory of bad faith the insured sought to make Infinity pay the full judgments. The jury found that Infinity acted in bad faith.

Infinity appealed the trial court’s judgment and the Florida Second District Court of Appeal reversed. According to the district court, “because Taylor [the surviving spouse/natural father of the minor] had neither been appointed personal representative of his wife’s estate nor been given court approval for the proposed settlement of his minor daughter’s claim, he was without authority to make a valid settlement offer to Infinity.” See Infinity Insurance Co. v. Berges, 806 So.2d 504, 508 (Fla. 2d DCA 2001). The Second District reasoned that the spouse/father’s offer to settle “was merely an expression of his intent to settle once he became authorized to make an offer.”

END_OF_DOCUMENT_TOKEN_TO_BE_REPLACED 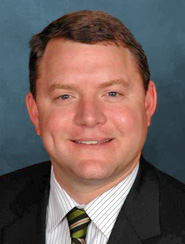 I have followed all of the Senate Committee hearings on your bill. I take issue with those who testified that the Castellanos fee was an aberration. It was not. While $1.53/hr. falls at the low end of the spectrum, there is little practical difference between $1.53/hr and $15.00/hr or $20.00/hr for a lawyer trying to keep his or her law office lights on. Between 2003 and Castellanos, I handled hundreds of WC cases. My average hourly rate on those cases ranged from $15 to $20 per hour. Unsustainable. I continued to accept workers’ compensation cases because they are the most gratifying of the various types of cases I handle, but it was personal injury cases that allowed me to stay in business. Many workers’ compensation attorneys dropped out.

My experience with low hourly rates is not unique. As FN 2 in Castellanos indicates, on the date the Supreme Court rendered its decision it had pending before it (on certiorari jurisdiction from the 1st DCA) 18 other cases on the very same issue. I say this as a caution against believing those who downplay the devastating impact of the law challenged in Castellanos.

I greatly appreciate your steadfastness and decency in seeking to fashion a fair and measured workers’ compensation bill in the face of powerful opposition forces. The current version of SB 1582 is that bill. The House bill is not. The hourly rate for carrier-paid fees must be high enough to serve the important goals of affording injured workers adequate legal representation and of prodding carriers into doing the right thing. The House bill, with its $150/hr. cap and onerous hurdles to securing fees – period — eviscerates these goals.

The total fee received by the Claimant’s attorney in the Castellanos case was $164.54. This was for 107.2 hours of work determined by the Judge of Compensation Claims (JCC) to be “reasonable and necessary.” Under the law ruled unconstitutional, this means that the value of the benefits secured totaled $822.70. More likely than not, had the current attorney’s fee provisions been in place when Mr. Castellanos was seeking these benefits, the carrier would have provided them without a fight. Instead, the E/C forced Claimant’s attorney to the mat figuring early capitulation or, worst case, having to pay the attorney a measly fee in the event of a loss at the trial level.